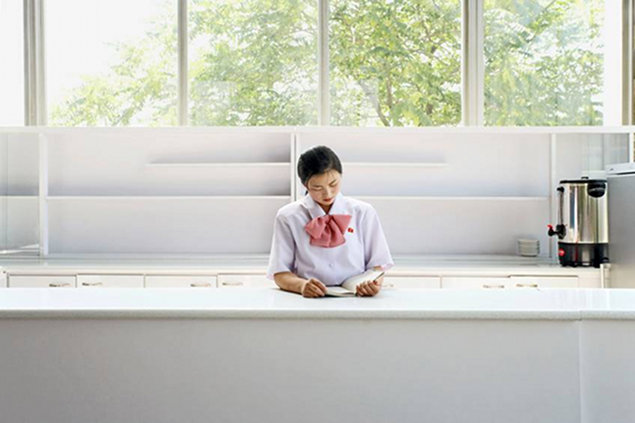 Philippe Chancel explores the complex, shifting and fertile territory where art, documentary and journalism meet. In 2005 Chancel had the rare opportunity to travel to the Democratic People’s Republic of Korea (DPRK) on a work permit. While there he created a body of work that has since gained him international recognition.

Chancel’s DPRK offers a revealing and original vision of North Korea. It was first shown in 2006 at the Rencontre d’Arles. It was also exhibited at the Photographers’ Gallery in London as part of the Deutsche Borse photography prize exhibition, where it won the visitors’ poll.

North Korea has been the focus of considerable media attention recently as the new future leader was announced to the world amid celebrations for the 65th anniversary of the founding of the Workers’ Party of Korea.

The exhibition will open on Thursday 11 November at 6pm, with an artist’s talk scheduled for the following day at 1pm. Admisssion is free, booking essential.

Limerick City Gallery of Art is part of Limerick City Council, funded by the Arts Council and supported by Fás, Fáilte Ireland, Shannon Development and the Heritage Council.