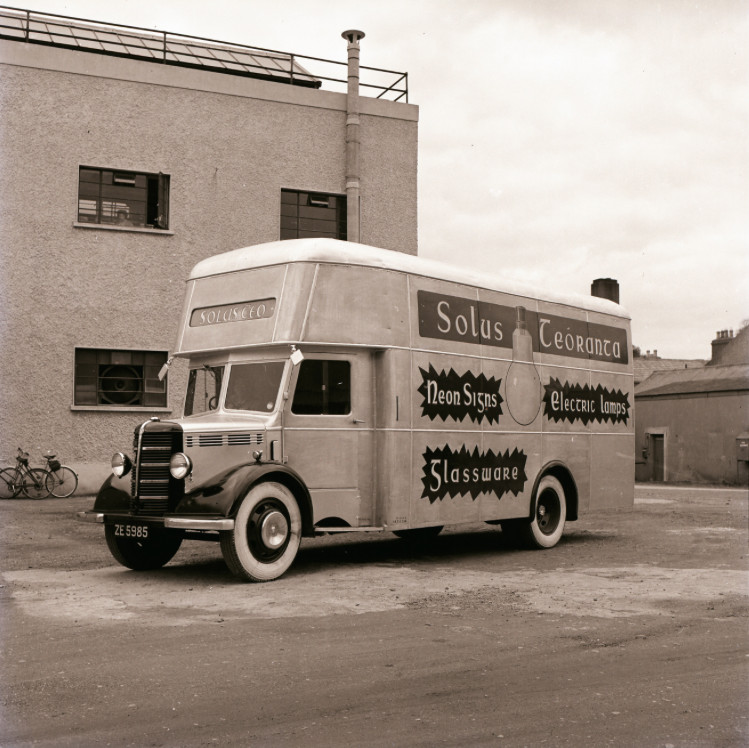 Join us for the opening Industrial Yarns: The Story of Bray’s Factories by Philip Byrne which is being presented as part of our annual YARN Storytelling Festival Bray

When people think of Bray’s history it’s usually as a Victorian seaside resort. For generations of people from Ireland, England, Scotland and Wales, Bray was associated with the sea and summer holidays. Indeed since the mid-19th century that’s what it was, the premier resort for people to ‘take the sea air’. It was a town of sand castles, fish ‘n chips and candy floss. However while all this merriment was taking place, Bray was an industrial town for many of its residents. Bray people lived, loved and worked as employees of the many factories in the area. Industrial Yarns – The Story of Bray’s Factories tells the story not only of these factories but more importantly the story of the people who worked in them – Solus, Industrial Yarns, Haughtons, Kennymore Sweets, Fiacla, Miller’s Coffin Makers, Braycott Biscuits, Koss and quite a few more.

The exhibition concentrates on the oral history of these factories as told by the people themselves. Hear about the ghost of Corke Abbey, the savings clubs, the working conditions and above all the craic that people had while working often in very difficult conditions. They say that we see our past through rose tinted glasses. So what! This is an exhibition about the people who lived and worked in Bray during the 50s, 60s and 70s. All traces of many factories have long since disappeared but their memory lives on through the exhibition and the words, images and memorabilia of that generation who were ‘pure Bray’.

We will also have a gallery talk with Phillip Byrne on Monday 16 November 6pm (no booking required).

Storyteller Philip Byrne has been on a journey for the past year gathering the history of Bray’s factories and the lives of the people who worked in them. The result is the exhibition Industrial Yarns – the Story of Bray’s Factories. Join Philip on Monday 16 November for The Production Line which will tell the story of that journey. It is a story of endless cups of tea (no hardship for Philip there!), recordings, old photographs and above all laughter. More information