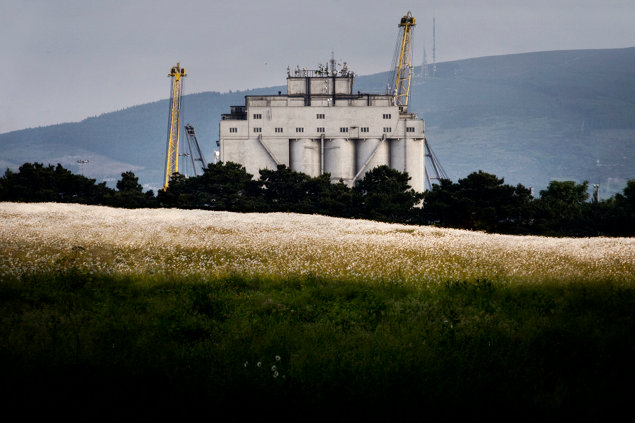 The theme of the exhibition is landscape and the way that an idyllically scenic country such as Ireland is treated by its populace. It aims to offer a series of images mapping a unique and modern vision representing the entire island. This vision does not necessarily depict Irish landscape in picturesque grandeur, instead it offers a modern and realist view of how Ireland is being shaped by the current population. Ultimately the images serve to illustrate the relationship between a land and its people. This relationship is more capricious at present than ever before, not just on an insular level but also on a global one. In documenting this impermanence the series attempts to present an archival snapshot of Irish landscape in the early 21st century.

Peter is a Northern Irish Photographer specialising in fine art landscape. In June 2009 he graduated from the Photography BA course at Dublin Institute of Technology’s Temple Bar Campus. Recent awards include the RDS Taylor Art Award 2009 and Student Media Photographer of the Year 2009.