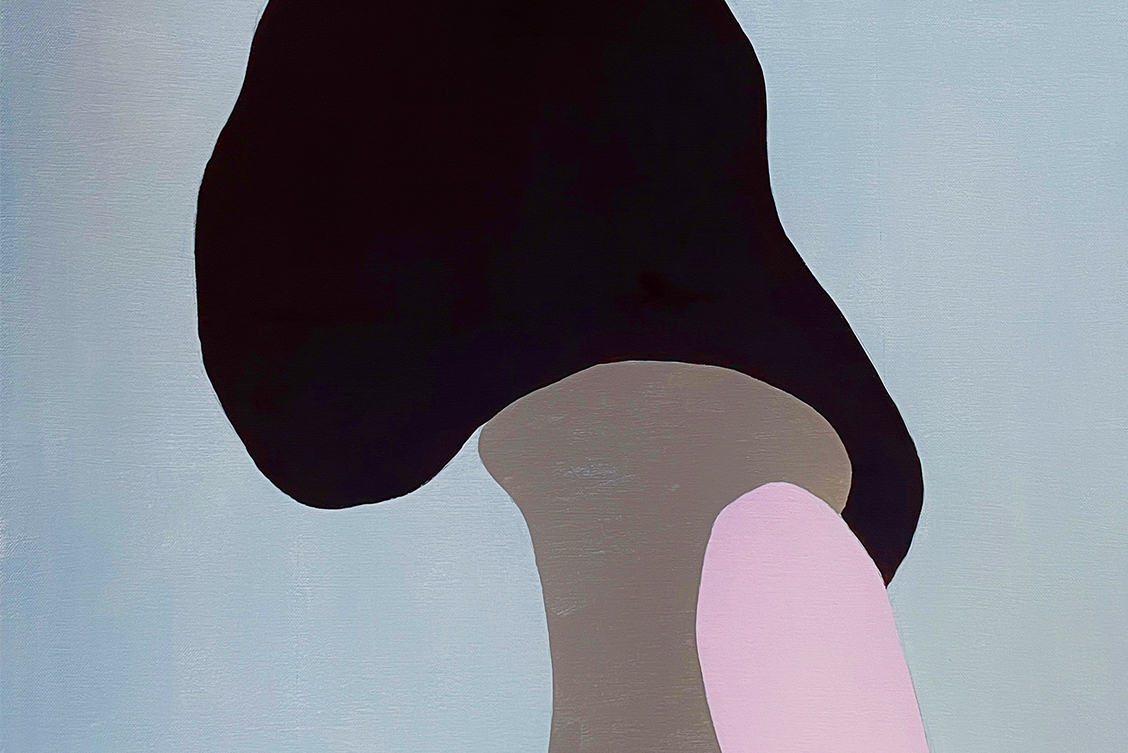 This in-process exhibition presents the work of Leila Anglade, Nadia J. Armstrong, Alex Pentek and Belinda Quirke, students from the Art in the Contemporary World Masters programme at NCAD. It displays their current research driven inquiries as they reach the completion of their studies.

The work on show draws upon mediums and concepts such as: soundscapes and divine symmetries, painting as a translation of colour relationships, performative, philosophical questioning of the concept of field in relation to sculptural form, a reflection upon rehearsal that in fact rehearses itself, and depictions of the intersections between human and machine through moving image. All of these practices invite the viewer to question our relationship to different fields of perception.

Leila Anglade is a French visual artist working in Dublin. She has lived and studied in France, the USA and Ireland. Her work expands across painting, drawing, mixed media assemblage, installations, performance and writing. Her paintings integrate abstract and figurative elements and sometimes loosely borrow from Arabic and Eastern traditions of writing and calligraphy.
Anglade uses colour and form to explore the possibilities of translating memories, moods, words and sentences into paintings through the use of colours as a language. Her work hopes to communicate a sense of imminence, as if the paintings were about to pass, move, morph and continue their journey into other forms, other colours or other languages. The works are just passing by, as part of their nomadic journey between colour and language. Anglade has exhibited in France, the United States and Ireland.

Nadia J. Armstrong is an Irish visual artist. She works at the intersection of the analogue and the digital – using performance, writing, 3D avatar design and expanded video. Her work is concerned with the commodification of human emotions, the creation of machines and the physical entanglement of our bodies with world systems. Her practice navigates the conditions of identity, agency, agenda and subjectivity. Armstrong’s graduate work, Digital Native, received multiple awards, including the 2020 RDS Visual Arts Award, the Fire Station Artists Studios Media Graduate Award and a Digital Society Bursary Award. In 2021, she received a County Council Emerging Artist Grant and completed a three month residency at the Centre Culturel Irlandais in Paris. She is also one of 13 European artists under 30, who received a 2021 Goethe-Institut A.I. Residency Award, completed at the Centre of Excellence in Media Innovation and Digital Culture (MEDIT) in Tallinn. Recent exhibitions in include: You breathe differently down here curated by Amanda Coogan, Draíocht Blanchardstown, Woman in the Machine, VISUAL Carlow, Boredom is Not a Luxury at CRAFT, London, First Day Gallery’s Culture Night Exhibition at the Guinness Storehouse, Dublin and Circuit Arts Festival, 126 Gallery, Galway.

Alex Pentek‘s temporary gallery work has been exhibited in Ireland, UK, Germany, US & Australia, where he explores the fold as a site of transformation. Recent solo exhibitions include the Royal Hibernian Academy Gallery, Dublin, & Uillinn: West Cork Arts Centre, 2019. He explores the public realm as a site of discourse in over 30 public works in Ireland, UK, US, Canada & Australia. His recent funding awards include a collaborative sculpture/sound/skate performance titled Discord, Dublin, Ireland, and a permanent work titled Unity, awarded through international competition in Washington D.C., 2021. Pentek is an artist in residence on the Design Thinking Program at UCC, and folding origami surfaces continue to inspire him on a range of visual, scientific, and philosophical levels.

Belinda Quirke is a curator, producer, musician and inaugural director of award winning Solstice Arts Centre in County Meath. At Solstice, she has instigated a diverse cultural programme at the centre including the curation of performance and gallery spaces, playing an active role in arts development in the northeast of the country. A graduate of both Crawford College of Art (Painting) and UCC (Music), Belinda also studied singing at the Cork School of Music. An eclectic early performance career manifested through a number of bands and ensembles. She has recently returned to music-making with the release of “The Black Hill” in June 2021. Belinda is currently a trustee of the Golden Fleece Award; an independent artistic prize fund established as a charitable bequest by the late Helen Lillias Mitchell. Quirke finds solace in universal geometric purity of number at a moment of not-so-fictitious apocalyptic collapse. Using Pythagorean ratio and fundamental materials and tools of electronic sound, she posits alternative instruction for communal reflection and grounding within the exploratory installation.