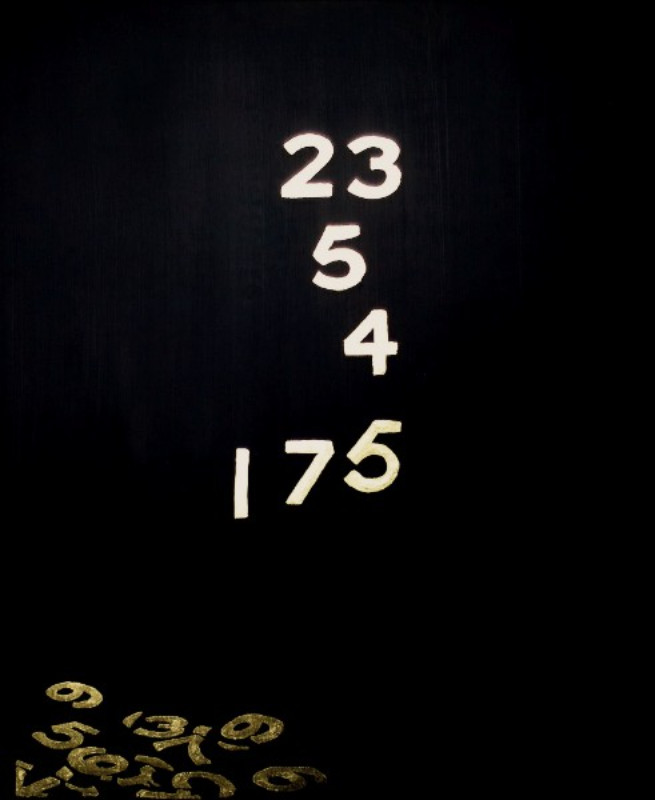 Kevin Kavanagh is pleased to present NIGHTSHADE, an exhibition of new work by Paul Nugent.

NIGHTSHADE is a series of paintings that present a change of direction within Nugent’s practice. In previous works he has often painted lavish interiors in which objects chime and resonate in their surroundings. They tremor and glimmer leaving behind a ghostly imprint of their movements. Patterns that appear in these paintings are often reminiscent of oriental tapestries and textiles evoking a sense of grandeur. Such grandeur in interiors of the western world infers the appropriation of oriental design and motif through exploration, travel and colonisation. In this new series of paintings we can see that Nugent has focused on various aspects that have previously occurred within his oeuvre. His investigation into symbolism and significant motifs throughout art history have become more imminent in the work as though he has entered the paintings and become immersed and absorbed in detailed fragments within.

In NIGHTSHADE Nugent has gilded the surface of the canvas to venerate humble images of weeds and brambles. In this regard he considers the manner in which we assign value and on the impact of using such a prized material. Gold and yellow leaf also conjures the use of such materials in icon painting to depict light emanating from a sacred object or person. Within an art historical context gold holds a semiotic position that communicates ritualistic uses and Nugent avails of this connotation to elevate the lowly nightshade. Another painting, Silver forest, depicts a dying forest or woods rendered in silver detail on a dark background and in the artists own words ‘the plant or motif glows within the surrounding silver and symbolises a kind of regeneration, a good omen perhaps’.

Though his new series of paintings appear different from previous work; it is not a complete departure from his practice to date but rather a continuation of his investigation of symbolism in imagery as well as in the materials used. He continues to manipulate the painted surface through layering, illusion, simulation and depth. With Nugent’s work there is always a sense that the painted surface is hiding something, that preceding layers have been veiled and that hidden elements may reveal themselves over time spent looking at each composition.

Paul Nugent (b.1964) lives and works in Dublin. He graduated from The National College of Art and Design with a BA in Fine Art Painting. Nugent has exhibited widely both in Ireland and abroad. Recent solo exhibitions include a presentation at VOLTANY, New York (2011) as well as Remembrance Part I & II, Kevin Kavanagh and Dublin Remembrance, Kerava Art Museum, Finland (2009).

Recent group exhibitions include a presentation at Art Brussels (2015) with Stephen Loughman and Michael Boran. Nugent’s work is held in many private and public collections including the Irish Museum of Modern Art, the Office of Public Works and Dublin City University.