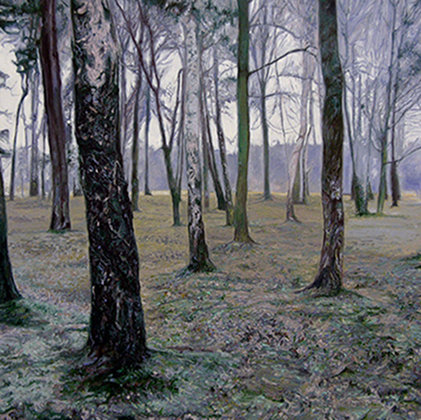 Fergus Feehily in conversation with Paul McKinley on Saturday 8th January at 12.00 pm

In ‘Canada’, Paul McKinley’s exhibition of new work explores the notion of landscape and how it is mediated over time, i.e. History.

His previous work concerned itself with the public parkscape and personal experiences of it. The images for these new paintings and drawings are also taken of a public space but unlike his previous work, these are taken from public sources such as the internet and literature. With the exception of two pieces, the images used have been taken from recent photographs of the site.

McKinley is interested in the concept of dark tourism and making work based on vicarious memory. Rather than comment on the obvious story behind the site, McKinley is more concerned with the nature of the public’s desire to visit and how we process what happened there.