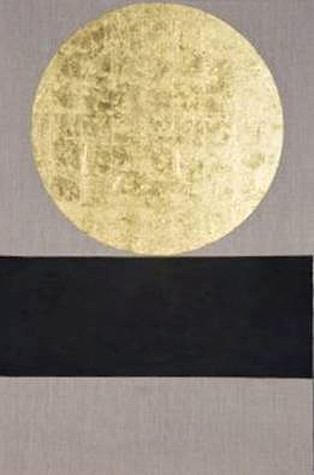 IMMA and VISUAL Centre for Contemporary Art, Carlow, are delighted to present a major exhibition of the work of Irish artist Patrick Scott, showing across the two venues as a single exhibition. Patrick Scott:Image Space Light brings together the most comprehensive representation of this remarkable artist’s 75 year long career. Scott had his first exhibition in 1941 with the White Stag Group. Now 93, the exhibition brings together more than 100 pieces that illustrate the breadth and longevity of his career as an architect, designer and artist. The exhibition at IMMA concentrates on Scott’s early works from the 1940s to the early 70s while VISUAL displays works from the 1960s to the present.

Commenting on the exhibition Christina Kennedy, curator and Head of Collections at IMMA, said “The works in this exhibition represent a distillation of Patrick Scott’s lifelong concerns and achievements and the continuum that has existed in his life as an artist, designer and architect. Mel Gooding, in his accompanying text, makes a definitive statement that presents Scott as not just a fine artist but that demands international recognition for his extraordinary and singular greatness”.

The Garden Galleries at IMMA present a broad range of Patrick Scott’s paintings from his early association with the White Stag Group in the 1940s when he rendered playful, deliberately naïve birds, trees, railings and other forms in simplified settings. These were followed during the 1950s by linear, quasi abstract works depicting boxes, still life, goal posts, cables, scaffolding, including a number of paintings with which the artist represented Ireland at the XXX Venice Biennale in 1960, such as the reductive forms of women bearing boxes and bunches of twigs on their heads. Also included are the seminal Bog Paintings evoking the waterlogged terrain of the bog and lakeshore. From there Scott moved to the Device works, a series of paintings in which the artist registered his dismay at the testing of H-bombs by painting abstract ‘explosions’ of diffused and dripped colour to symbolise the terrifying beauty of such destruction. The IMMA exhibition also includes a superb selection of the early Gold Paintings from 1964 onwards, arguably Scott’s best known expression; works related to ROSC ’67; as well as diverse material showing Scott’s production as a designer with Signa Design Consultancy during the 1950s and 60s.

The second part of Scott’s career is presented in VISUAL, with a significant display of the artist’s tapestries woven at Aubusson, examples of the looped and tufted carpets which he produced with V’Soske-Joyce, the Rainbow Rugs commissioned by Kilkenny Design, as well as rugs woven in Oaxaca. The monumental main space at VISUAL presents Kite!, a painting on linen six metres square, created in 1977 as an actual kite for the Kilkenny Arts Festival. It is accompanied by a select representation of the artist’s Gold Paintings, ranging from 1966 to 2007, examples of the diptych and folding screens and a number of the series of eleven Tables for Meditation produced by the artist in 1990. Also presented in VISUAL are various suites of work on paper, including a selection of the Gestural Drawings, a display of the Christmas Cards commissioned annually from the artist for 36 years by Scott Tallon Walker, and the recent Meditations, carborundum prints published by Stoney Road Press in Dublin.

Artist Corban Walker has been invited to guest-curate a selection of Patrick Scott’s works for the Link Gallery in VISUAL. Focusing on the theme of the grid in Scott’s work and responding to Scott’s graphic design work, Walker has also created a site-specific installation for the window area in the Link Gallery.

Born in 1921 in Kilbrittain, Co Cork, Patrick Scott trained as an architect. From 1945 he spent 15 years working with Michael Scott in the architectural practice of what became Scott Tallon Walker, where his innate talent as an artist and designer developed in unison. He became a leading graphic designer with the Signa Design Consultancy (set up in 1953 by Michael Scott and Louis le Brocquy), all the while continuing to test various ideas in his painting. On winning a National Prize at the Guggenheim International Award in 1960 and representing Ireland at the XXX Venice Biennale in the same year, Scott became a full-time artist.

Scott twice represented Ireland at the Guggenheim International Exhibition, in 1958 and 1960; during the 1950s, 60s’ and 70s’ he was included in numerous group exhibitions of Irish art in the US, Sweden, Germany and Switzerland, such as The Irish Imagination1959-71, which travelled from the Municipal Gallery of Modern Ireland to Boston, Philadelphia, and Washington DC. His first retrospective exhibition was at the Douglas Hyde Gallery in 1981 which toured to the Ulster Museum, Belfast, and the Crawford Municipal Gallery, Cork; he represented Ireland at the Baghdad International Art Festival in 1988; in 2002 a major monographic exhibition took place at Dublin City Gallery the Hugh Lane. Scott is included in major public and private collections including the Museum of Modern Art, New York; Hirshhorn Museum, Washington DC; and in Ireland in the collections of the National Museums Northern Ireland, Irish Museum of Modern Art, Dublin City Gallery The Hugh Lane, The Arts Council and Trinity College Dublin. In 2007 Scott was elected Saoi of Aosdána by President Mary McAleese.

IMMA is delighted to accept the donation of two works from the artist, of a hitherto unknown work, Rosc Diptych, 1967, which has remained in the artist’s studio for the past 47 years and Meditation Painting 28, 2006, both of which are included in the exhibition.

The exhibition is curated by Christina Kennedy, Senior Curator: Head of Collections, IMMA.

A detailed timeline of Patrick Scott’s biography with images from selected archival material has been assembled and digitised and will be accessible online on data screens within the exhibition and through IMMA Collection Online on the IMMA website.

Light Rhythms, an exhibition exploring sound, light and line that is activated by families and young people, made in response to the Patrick Scott exhibition, will open in IMMA’s Project Spaces from 15 February – 6 April 2014. This exhibition is free.

Corban Walker, in conversation with Christina Kennedy, discusses his guest curation of Scott’s work in VISUAL’s Link Space, and the creation of a new installation of his own work in response to the exhibition. Booking is essential, call box office 059-9172400 to book.

A full talks, lectures and events programme will take place at IMMA and VISUAL, full details are available from www.imma.ie/talksandlectures and http://www.visualcarlow.ie/events/category/lectures-talks

To celebrate the exhibition, IMMA has commissioned a limited edition print of Patrick Scott’s design for tapestry, Device 1971 (2013), which is available to purchase for €50.00 in both venues and online at www.theimmashop.com

The exhibition is supported by Irish Rail and Colourtrend.