Patrick Keaveney | Adam Fearon: Certain things are hidden in order to be shown 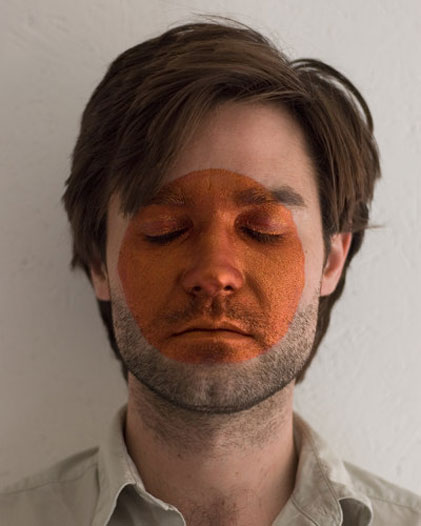 Occupy Space is pleased to present ‘Certain things are hidden in order to be shown’, a two person exhibition by Patrick Keaveney and Adam Fearon. The exhibition’s title is drawn from an essay by the 16th Century French scholar Michel de Montaigne: it refers to the ambivalent curiosity generated in the play between what is shown and what is shown to be withheld, the pursuit of which can said to be a common thread linking the practice of both artists.

Patrick Keaveney’s recent work ‘By way of Illustration: How to explain pictures to a dead dog’ has recurring interests such as the shift in perception between manifest and latent content, the creation of constellations of hyperlinks between things not quite related and the gap between the contingent everyday event and the ‘eternal’ space of the artwork. The work is a narrative of sorts, which starts off with a conversation about stray dogs in Iraq and is elaborated upon to find connections between subjects as disparate as Joseph Beuys’ ‘I like America and America likes me’, post-traumatic stress disorder and Wile E Coyote from the Roadrunner cartoon.

Adam Fearon’s work has been divided between a video installation, ‘Here’, in the rear gallery space and an assemblage of recent prints and sculpture in the second gallery. Together the two rooms comprise a meditation on the image whose focus vacillates between the materiality of its surface and the evasiveness of its content. ‘Untitled (Photograph, 14/05/09 – 12/07/09)’, for example, exists as the remnant of a private performative work whereby the artist, over a period of two months, painstakingly licked the surface of a photograph and spat the residue into a jar. The image now resides, suspended in saliva, in the jar beside the photograph.

Patrick Keaveney is an artist living and working in Limerick. Most recently he has presented ‘By way of Illustration: How to Explain pictures to a dead dog’ in Belfast at the iawis conference ‘Displaying Word and Image’. Recent shows include ‘Fourplay’ at Faber studio, ‘For the love of Change’ at Mill Street Studios Gallery and in ‘Ritual Flux 51’ as part of Birr’s Visual Arts Trail. He studied Sculpture and Combined Media at Limerick School of Art and Design.

Adam Fearon was born in Dublin and is currently based in London. He studied at the National College of Art and Design, graduating as student of the year in 2007, and will shortly undertake postgraduate study at the Haute École d’Art et de Design, Geneva. He has been nominated for this year’s John Moore’s Prize and will be exhibiting in the Walker Art Museum, Liverpool from September. Previous exhibitions and performances include those at the Rag Factory, Arts Admin, artsdepot and Café Gallery Projects in London; Temple Bar Gallery & Studios, Filmbase and Monster Truck Gallery in Dublin; the Permanent Gallery in Brighton; the Bharat Nivas Gallery in Pondicherry, India and ArtScene Warehouse in Shanghai. See www.adamfearon.com.