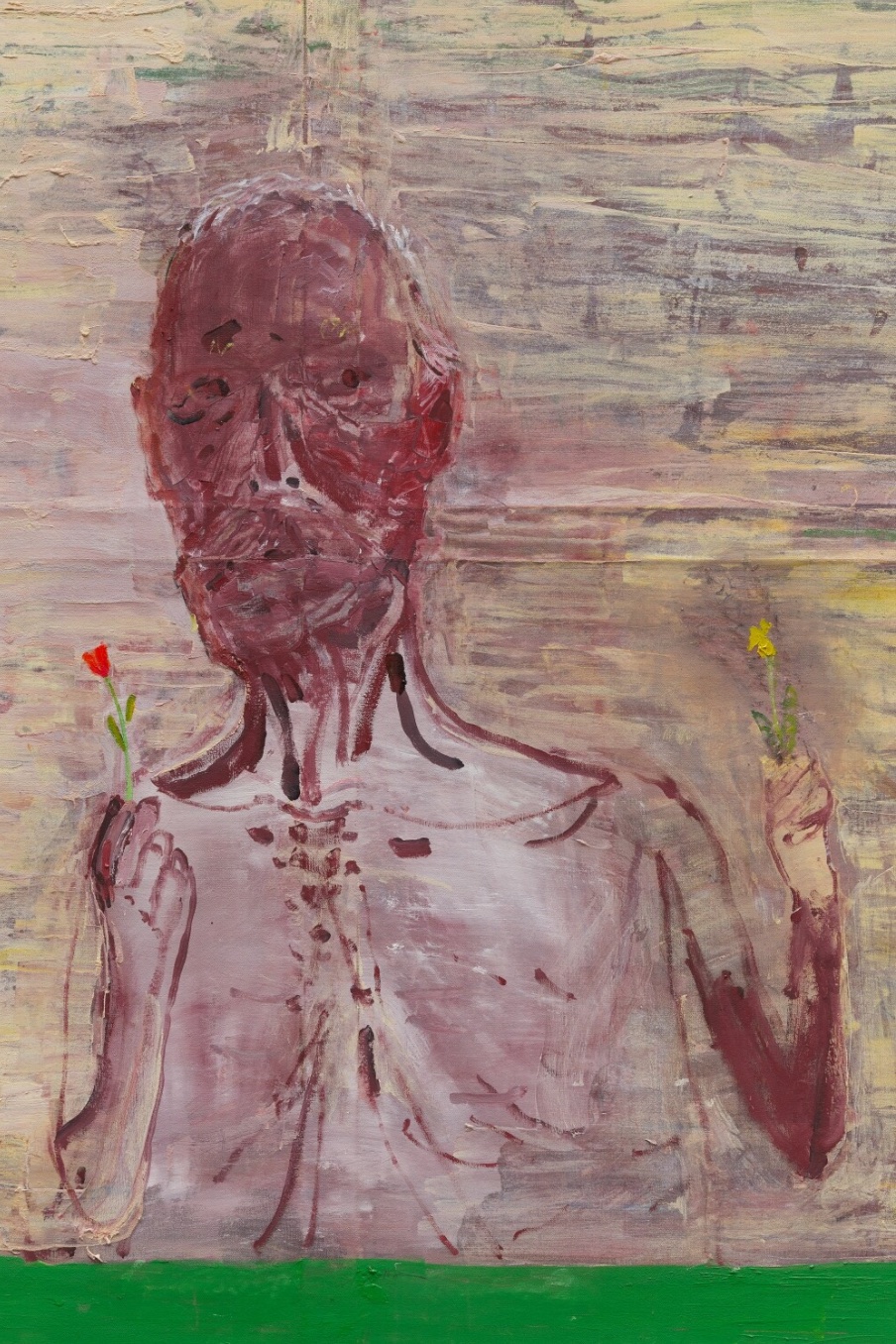 Opening Wednesday 16 March, 2.30pm • To be opened by the Lord Mayor of Dublin, Allison Gilliland. With afternoon refreshments served. • The launch will be followed by a talk with Jörg Heiser at 4pm in the Hugh Lane Gallery • Book here or come on the day subject to availability.

Transfiguration is survey exhibition by Irish artist Patrick Graham, who is widely regarded as one of Ireland’s most influential contemporary painters. Transfiguration showcases a selection of his collage drawings alongside the monumental paintings and triptychs from the 1980s to the present including his recent return to self-portraiture.

Graham emerged in the 1980s in a period of uncertainty for the discipline of painting in critical art discourse. He consolidated a position dedicated to a personal quest for existential meaning through aesthetic experience. The electricity and intensity inherent in the work along with the raw emotion evidenced in his gestural marksis derived from his ecstatic responses to history and personal identity.

His heroic subjects are imbued with that fundamental human desire to communicate and his compositions present multiple possibilities of interpretation.

In his large paintings, Graham insistently cultivates the relationship between artwork and viewer. His works metaphorise into enthralling spaces and diagrammatic universes teeming with meaning and interpretation. Graham frequently introduces text into his layered compositions, not as citation or illustration, rather as a visible, inseparable action packing a visceral punch through line, colour, and brushstroke.

We are delighted to present Patrick Graham – Transfiguration in the Hugh Lane Gallery which is accompanied by a fully illustrated publication which will be on sale from May with book launch to be announced and will include contributions from Richard Cork, Kelly Grovier and Jörg Heiser. Transfiguration will be supported by an associated education programme throughout the duration of the exhibition. Please see hughlane.ie for details.

Patrick Graham was born in Mullingar, Co. Westmeath in 1943. He was awarded a scholarship to National College of Art and Design (1959-1963) and since the late 1960’d has exhibited in Ireland and internationally. He is a member of Aosdána and in 1987, was awarded the Presidents Gold Medal, Oireachtas Exhibition. In 2016 Graham was awarded the Savills Art Prize. Graham has exhibited widely and his works are in private and public collections nationally and internationally. He has participated in many symposia including the National Gallery of Ireland; Berkeley Art Museum, IMMA, Trinity College Dublin; Walker Art Gallery, Liverpool; Hokkaido Museum, Japan; University of Michigan; Northeastern University, Boston; Museum of Fine Arts, Boston and Jack Rutberg Fine Arts, Los Angeles.