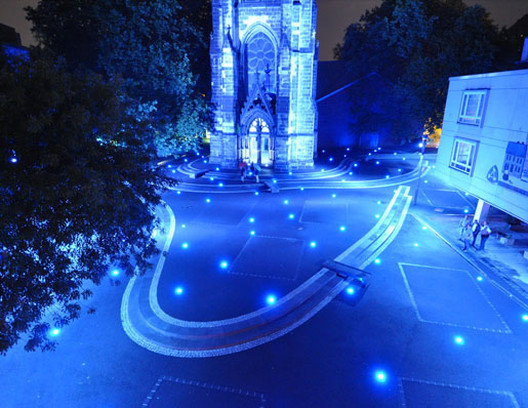 Participation, Commemoration and Public Space: German artist Jochen Gerz in an Irish context takes place on 14 and 15 Novemberat the Irish Museum of Modern Art (IMMA) in Dublin. Organised by the Goethe-Institut in co-operation with IMMA, this two-day conference features art historians, curators, philosophers sociologists and civil servants from four countries discussing, with the audience, works by the exceptional German artist Jochen Gerz, now living in Co. Kerry and creator of transformative public artwork spanning 50 years. The symposium will also look at how contemporary artists in Ireland and beyond might address the contested and often controversial context of commemoration.

Organised by the Goethe-Institut in cooperation with IMMA, Participation, Commemoration and Public Space: German artist Jochen Gerz in an Irish context is supported by the National College of Art & Design, the German Foreign Office, the French Mission du Centenaire and the French Embassy.

Jochen Gerz is an internationally renowned German conceptual artist. His central issue is participation and public authorship. He addresses public and individual memory by questioning the rituals of 20th century commemoration in Europe. The artist has also contributed to a new understanding of public space. He has lived in Sneem (Kerry/Ireland) since 2007. His contributions to Ireland to date include; “Amaptocare” in Ballymun (2002/2006), “Where has the tiger gone” (2012) and “Here in Paradise” (2014) in Sneem. Gerz also participated in the Rosc 1980 exhibition.