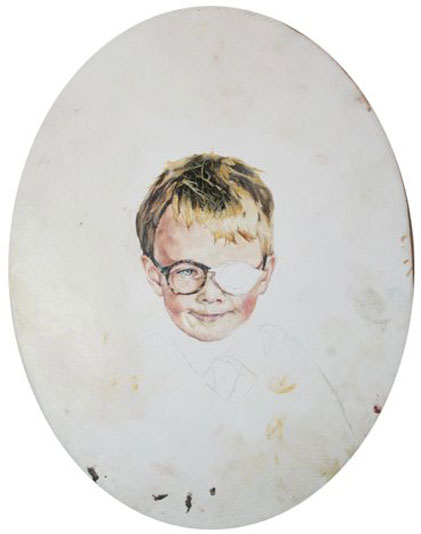 Monster Truck are pleased to present imposing nature, with Paraic Leahy, Lucy Sheridan and Marcel Vidal, three artists who draw on the natural world in their practices to tease out ideas relating to how humans interact with and frame nature, as viewer, master, co-dependent. Each artist utilizes isolation of their subjects against plain backgrounds of white or solid colour, focusing their field of vision onto specific concerns.

Marcel Vidal‘s work responds to western man’s confused relationship to nature. The work explores the hypocrisies and contradictions of a material dependence on natural resources and our exertion of superiority over the environments which provide them. From the outset the work is reluctant to take a rigid stance within a conservationist/nihilist dichotomy and prefers to remain open-ended, allowing our conflicted opinions and ethics to collide in interesting and sometimes difficult ways. The re-use of physical materials {cardboard, duck tape, chipboard, fruit boxes} hints at the politics of environmentalism and DIY ethics, but crucially, their use is self-affirming in relation to the work they display.

The animals in Lucy Sheridan‘s work are playful, where elements of fear seem to have been removed to the point of anthropomorphous. The minimal landscapes created in her paintings and drawings are forced and unnatural and the human desire to alter the natural environment to suit its needs from an alleged chaos towards a supposed order to is evident and it is these projections onto habitats which she toys with in this exhibition.

Using childhood and adolescent sources, Paraic Leahy’s work presents non-scenes, where the world outside its narrowly selected view has been whited out. Just as memory is exceedingly selective, faced with such an overwhelming amount of data, so too are these images. What is recalled is rich in specifics, whether true or not, and Leahy attempts to reconcile dichotomies between corporeality and fiction, as well as between what appears tamable and intractable, to create a tension within his work, despite begin imbued with a childlike sense of curiosity.