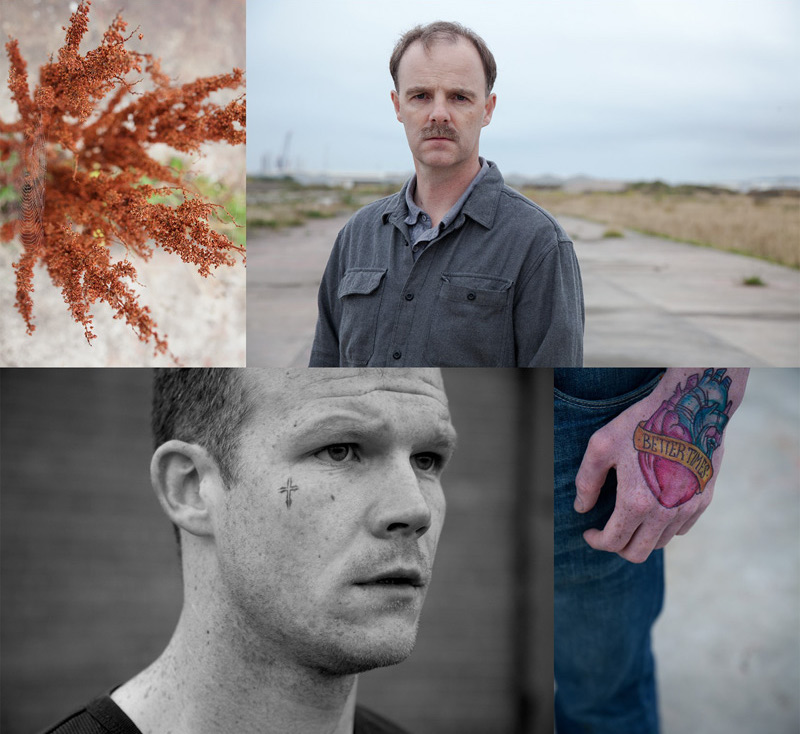 Offsides is a triptych projection installation. Three screens play distinct versions of the same scene in a continuous loop. Each is a vertical video of a young man violently attacking a car, as seen from inside the car, where an older man sits in the driver’s seat, expressionless. As variations in the lengths are compounded, the silent videos grow out-of-synch, but become a single, ever-evolving narrative of an attack on one’s self.

The piece is an exploration of generational trauma and communal silence in Northern Ireland. A strange recursive loop of simultaneously trying to confront and escape the past. Peace agreements don’t end violence. They move it indoors, where families are left to contend with its legacy, alone. Offsides is about when the violence reappears in the street, disconnected from any meaning it once had.

The project is a recreation of mobile phone footage of an incident outside the Marine Corps Base Camp Pendleton in San Diego, California in 2014. It was shot by a paralyzed Marine from within her car as it was attacked by a Marine Sargent after a minor traffic accident. Although the attack initially appears to be a case of road rage, the man’s anger is so frenzied, it is clear he is experiencing something far more extreme. Psychologists have cited the incident as an example of a severe type of Post-Traumatic Stress Disorder, called Intermittent Explosive Disorder.

The incident has an uncannily familiarity to Northern Ireland. All of the bystanders know the origin of the man’s terror, yet it goes unspoken – by the disabled Marine filming, by her care-taker brother, by nearby soldiers who attempt to intervene, or most hauntingly, by the Marine Sargent’s pregnant wife who stands by, trying to calm him. What is to be done?

Oorlagh George is an Oscar-winning filmmaker and artist from Northern Ireland. Oorlagh produced the short film, THE SHORE, which won the Academy Award for Best Live Action Short in 2012. THE SHORE was shown at over 40 festivals and released in cinemas worldwide. She wrote and directed the VR short, SIROUN, an educational virtual reality short film distributed to 3,000 schools across the US. George is a member of the Academy of Motion Pictures and a fellow of the Sundance Institute. She sits on the board of the Global Nomads Group, a non-profit that creates virtual cultural exchange programs to connect students around the world. She lives in Los Angeles and Belfast. In August 2019 she is set to direct her first feature film, STRANGER WITH A CAMERA, in County Down.