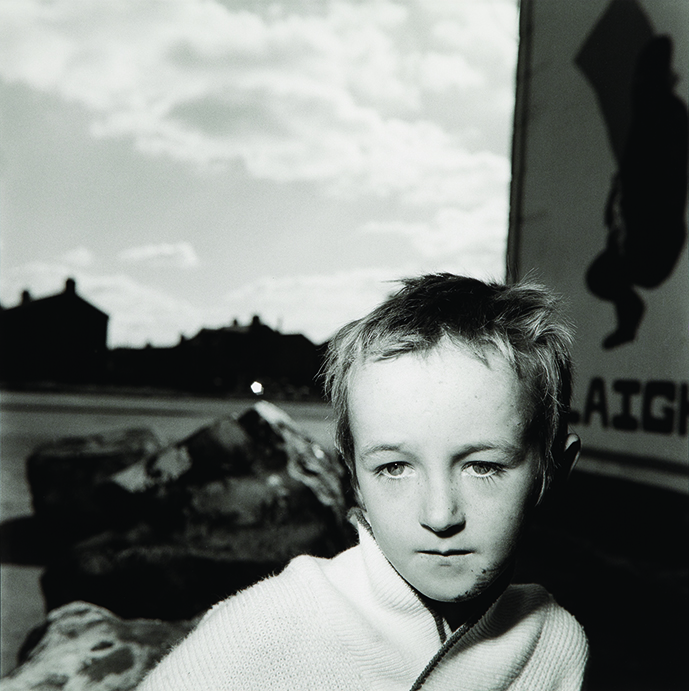 Northern Light is drawn from the exceptional collection of photography amassed by Dr David Kronn over the past 25 years. This exhibition presents work by photographers that examines the history of the conflict in Northern Ireland specifically and places it alongside other events internationally.

As the United Kingdom prepares to leave the European Union in 2021, it is an opportune time to reflect on the shared history of Ireland and the UK; 2021 also marks the centenary of the partition of this island and the civil war that ensued. Northern Light presents work by photographers that examines the history of the conflict in Northern Ireland specifically and places it alongside other contemporaneous events internationally. Artists include Gilles Caron, David Farrell, Tony O’Shea, Gilles Peress, Ursula Schulz-Dornburg, Rosalind Solomon, Chris Steele Perkins, Amelia Stein and Donovan Wylie.

Donovan Wylie’s new series Lighthouse will be shown here for the first time. Wylie photographed a lighthouse seen from the opposing coastlines of Northern Ireland and Great Britain at the precise moments of the Brexit votes in Westminster. These images across the sea are a reminder of a physical barrier, but the lighthouse is a hopeful representation of simultaneous closeness and distance. Moving back through recent decades, Wylie’s work also records the demolition of buildings at the Maze Prison, while his Watchtower series is a reminder of the infrastructure of surveillance that forms part of a ‘hard border’. Tony O’Shea’s Border Roads series from the early 1990s looks at a series of ‘Days of Action’ when border communities united to reopen ‘unapproved’ roads that had been blocked by security forces. The successful reopening was sometimes marked by joyful events such as musical events at the site. Other photographs by Gilles Peress and Chris Steele Perkins were taken during riots and other violent protests which are a reminder of the impact of the conflict on communities and children in particular.

Northern Light is drawn from the exceptional collection of photography amassed by Dr David Kronn over the past 25 years. The Kronn Collection is a promised gift to IMMA and comprises more than 1100 photographs ranging in content from 19th-century Daguerreotypes; works by icons of modern photography such as Irving Penn and Diane Arbus; as well as works by award-winning contemporary photographers such as David Goldblatt and Graciela Iturbide. This is the third exhibition from the Kronn Collection following presentations in 2011 and 2014 and marks a donation of 50 works to the IMMA Collection.