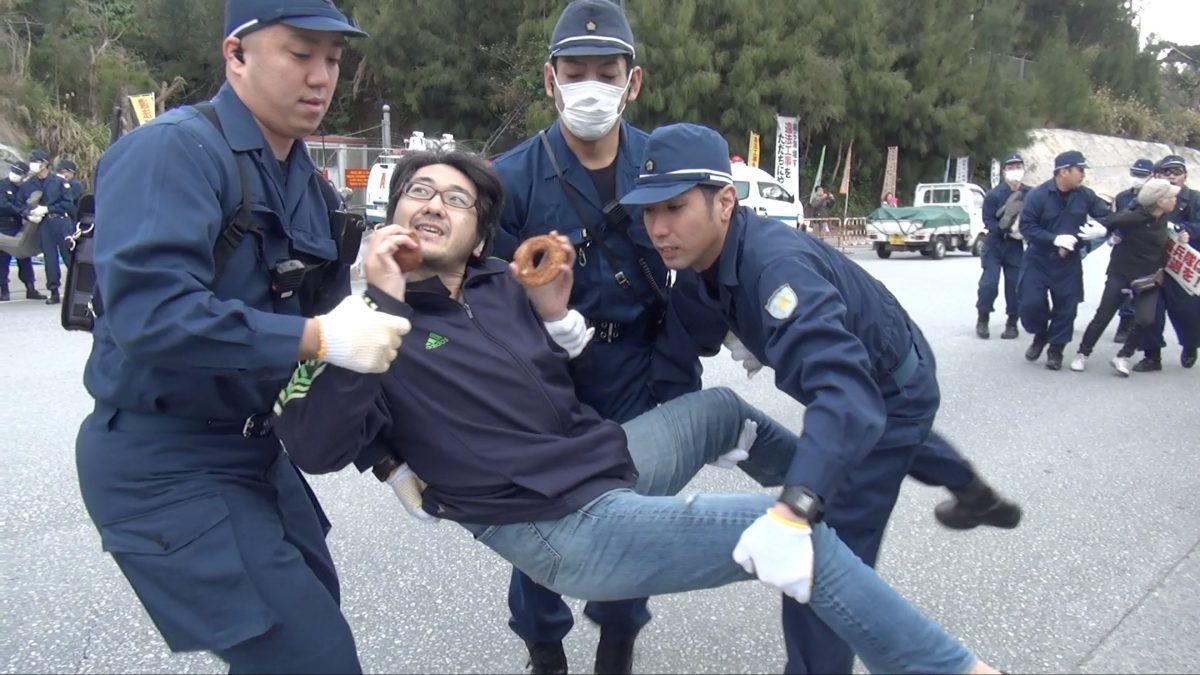 Visitors have the opportunity to experience aspects of contemporary Japanese life as seen through the eyes of some of its most talented artists today. The exhibition explores Japan’s distinct cultural issues in addition to drawing out the artistic parallels that unite creative practices across international boundaries, allowing the exhibition and visitors to reflect on the similarities that exist within our own cultures.

A programme of activities accompanying the exhibition will allow visitors to take part and dig deeper, and will include gallery tours and talks. Family friendly workshops (including a special Culture Night/Day mud painting session) take place on the first and third Saturday of each month throughout the exhibition.

Yusuke Asai was born and lives in Tokyo. He makes vast spectacular wall paintings of organic motifs, using mud made from local dirt. Since 2008 he has painted “mud murals” in numerous venues nationally and internationally. He is represented by ANOMALY, Tokyo.

Midori Mitamura was born in Aichi and works in Tokyo. She has exhibited widely nationally and internationally and has been artist-in-residence at Flax Art Studios in Belfast. She makes interactive installations using ready-mades and projected images. Her installation, ‘Green on the Mountain’, is inspired by a family photograph that she found in Europe.

Kyunchome are an artist duo. They came to prominence in Japan after receiving the Taro Okamoto Art Prize for their work exploring the Fukushima nuclear disaster in 2014. Their provocative new video work was made on Okinawa Island, the interface between Japanese and American territories, an American military base.

Takahiro Suzuki was born in Osaka and works in Hyogo. He is a performance artist. Over the last twenty years he has shown internationally, repeatedly writing one word, “生きろ (IKIRO) ”, meaning “Be Alive”. Whether on streets or inside museums, writing “IKIRO” has become his lifestyle and philosophy.

Fuyuka Shindo works in Sapporo, Hokkaido. She has been artist-in-residence at Flax Art Studios in Belfast, having studied at Belfast School of Art. Conducting research in museums and archives, she looks at objects such as traditional costumes and old photographs. Her finished pieces incorporate elements from both past and present, through final imagery, materials used or techniques employed.

Takuro Kotaka is from Saitama. He often works from Southeast Asian countries including Thailand and Indonesia with the grants from the Pola Art Foundation and Japanese government. He is a filmmaker whose practice considers political issues from unconventional and humorous perspectives. His humorous ‘docufiction’ of a UFO encounter with villagers in Suzu, Ishikawa, creates a metaphor for the failed proposal for a nuclear power plant in the village.

Atsushi Yamamoto was born in Tokyo. He currently works in Vietnam supported by a grant from the Japanese government. His heart-warming short video was made in response to his encountering other Asian foreigners like himself, on the streets of Belfast, and was created during his residency at Flax Art Studios in 2014. He is represented by Shugo Arts, Tokyo.

Marico Aoki was born in Saitama. She works in Tokyo. She is a multi-media artist using videos, pictures, paintings, clothes and sculptures to create installations based on magic and rituals. Chaotic worlds are created, referencing animism and globalized culture.

Shiro Masuyama was born in Tokyo. He has been resident in Northern Ireland since 2010 and is a well-known member of the Belfast art community. His collaborative installation created with kinetic light artist Taira Ichikawa, criticises aspects of Japanese society that ignores the ongoing crisis of the Fukushima nuclear disaster ahead of the Tokyo Olympics 2020.