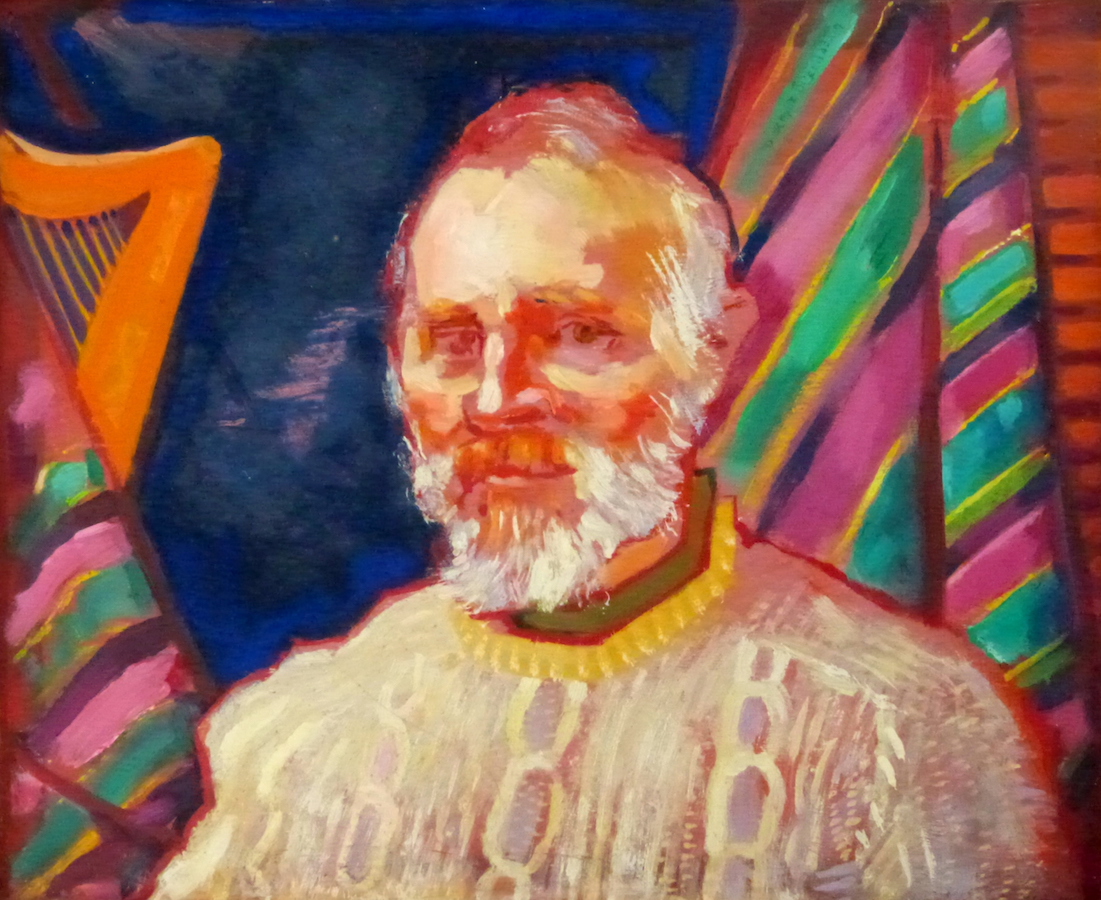 This exhibition of paintings by father and daughter, Diarmuid O’Ceallacháin (1915-1993) and Noël O’Callaghan (b.1959) spans a period of almost eighty years. They were selected by Noël O’Callaghan for their significance to her and for their resonance with each other in colour, motif, composition or execution. Many have self-made frames which were characteristic of Diarmuid O’Ceallacháin’s work.

Diarmuid O’Ceallacháin was a full-time teacher of painting at the Crawford School of Art from 1940 – 1970. Born in Glanacloghy outside Drimoleague, he graduated from the Metropolitan School of Art where he was taught by Seán Keating and Maurice MacGonigal. He won a number of awards including the Taylor Scholarship (1939), the Taylor Prize (1940), and diploma and medal from the Académie Française (1958). A major retrospective of his work was held in the Crawford gallery in 1991 and a number of his works are in the permanent collection there.

Noël O’Callaghan was born and grew up in Cork city. She has a degree in English literature from UCC and worked as an actor for a number of years before moving to Berlin in the mid-eighties. There she has worked professionally in music and painting and her work often involves elements of performance. Her performance/installation “Live” based on public life-drawing was the first art event to be included in the Dublin Theatre Festival’s main programme in 1995. She has exhibited widely with solo shows and has been selected for many juried events and public art commissions. Since 2005 she has been awarded an ongoing studio grant from the German Visual Artists Association (BBK). Her work is in private and public collections.