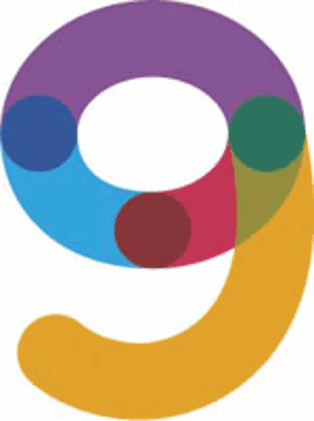 NINE is a remarkable new family exhibition about being nine years old, initially exhibited in The LAB in Summer 2013.

With new work from Irish artists Alan Butler, Aideen Barry, Maeve Clancy, Sam Keogh and designer Oonagh Young, NINE explores a pivotal developmental time in a child’s life. This is identified as the age when children are expanding their ideas about the world and becoming autonomous human beings, yet still need lots of security and reassurance from their family group.

Conceived by The LAB’s curator Sheena Barrett and educators Liz Coman and Lynn McGrane, NINE aims to act as a point of discussion about what is means to be a child in Ireland in the 21st century. The exhibition will be supported by a programme of talks, tours, texts and a publication. Download the exhibition booklet. Galway Arts Centre is working with nine year old in Scoil Iognáid on process led workshops. A public talk will be scheduled upon completion of the workshops. GAC is also taking bookings for primary school tours and talks.

Growing up in Ireland, a study of 8,500 nine year olds living in contemporary Ireland, acted as the point of departure and discussion for the artists invited to contribute to the exhibition. The product of an ongoing research project, the study was produced by The Department of Children and Youth Affairs and carried out by a consortium of researchers led by the Economic & Social Research Institute (ESRI) and Trinity College Dublin. It is the first ever major research study of childhood in Ireland. It felt like an appropriate place to begin exploring some of the themes and issues that arose in order to initiate debate.

At nine, children are seeking out independence, expanding their ideas about the world and becoming autonomous human beings who still need lots of security and reassurance from their family group. It is a unique point in a human being’s life: making the transition from child to young person. It is a time fraught with confusion and anxiety, but also filled with excitement and realisations about themselves.

Maeve Clancy (b. Dublin 1978) is an artist who works in installation, animation and comics. She creates work for children and adults using cut paper, story and drawings.www.maeveclancy.com

Sam Keogh was born in Ireland in 1985 and now lives and works in London. He is currently studying for his MFA Fine Art, Goldsmiths College, London, and completed a BA in Fine Art Painting, NCAD, Dublin in 2009. He is a co-founder of Radical Love, an ongoing collaboration with Joseph Noonan Ganley exploring new discursive practices. www.samkeogh.net

Aideen Barry was born in 1979 in Cork, Ireland. The common denominator of her work is an attempt to deal with anxiety. Barry’s means of expression are interchangeable:working in the media of performance, film, animation, drawing, sculpture and installation. www.aideenbarry.com

Alan Butler was born in Dublin in 1981. He specialised in New Media for his BA from NCAD and went on the take a MAFA at LaSalle College of the Arts, Singapore (2008-1009). He remixes cultural artefacts and icons by taking items that have specific meanings to one culture or group of people and combines them with other, more random elements, to create works which construct new meaning, commenting on contemporary society’s relationship with reality and truth and interrogating our love affair with consumption www.alanbutler.info

Young holds a BA in Visual Communications in IADT, an MA in Anglo Irish Literature and Drama and an MA in Visual Arts Practice as a curator. She has been running DesignHQ, a small independent graphic design company since the late nineties and also runs Oonagh Young Gallery, a contemporary art space, founded in 2008.