Neither Here nor There 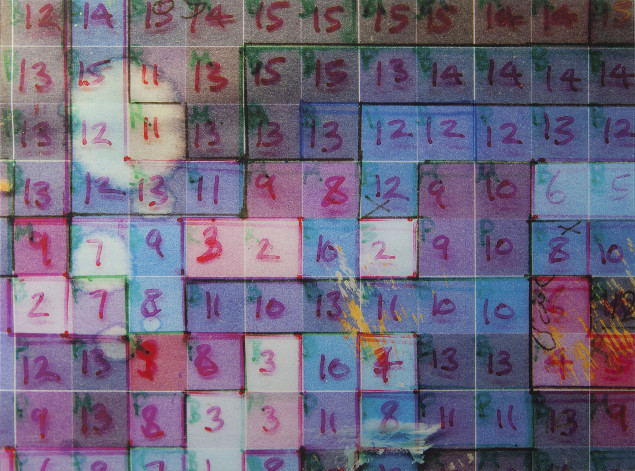 The exhibition Neither Here Nor There highlights the work of 10 contemporary Irish artists who have migrated to the city of Berlin over the past 20 years. The exhibition premiered in Berlin at the Grimmuseum in April 2013 as the official visual arts highlight of Germany for Ireland’s EU presidency which was kindly supported by the Embassy of Ireland, Berlin and Culture Ireland.

The title of this exhibition suggests a world of ‘in-betweens’. Each of the 10 artists selected for this show in their own way, go beyond a binary form of understanding, addressing issues of history, tradition, uncertain spaces, meaning and intimacy. Binary models infuse our thinking at every level in society, as life is constantly split into various dichotomies of rich/poor, traditional/contemporary, animal/human, and so on ad infinitum. This method of categorization seems to be the very foundation of an eschewed world view that produces an entire wasteland of disregarded in-betweens. The artists selected for this exhibition challenge these polarities in new and subtle ways.

David Hedderman’s portraits drawn from life capture the intangible human experience of a shared moment between two people, focusing particularly on male identity; there is a curious position between vulnerability and strength. In contrast the painting of Sophie Iremonger’s work reflects a constant attempt to shape a reality to her own needs in the face of a predominant hegemony that excludes her as an outsider, creating an ultra glossy modern cave painting of sorts, fusing the artificial flavor of mass-media with animal idolatry and underlying neon violence.

The work of Eoin Llewellyn is heavily influenced by the history of painting, combining old techniques with images from 1900s to the present day, creating paintings which evocatively linger between past and present. In LiFeLooP’s work there is also a regard for history in terms of analogue technology. His work ‘Return to Sender’ consists of radio receivers and two mini-FM transmitters, each transmitting on a different frequency what it is being fed from the receivers or what it picks up from the near field chaos surrounding it. The signal is not a sound loop traveling in the area of intervention, but a spontaneous event, resulting from collective action in perpetual movement. LiFeLooP will also perform ‘Electricity’ at the opening on 6th December.

‘Waiting’ is a video installation by Maurice Doherty, where five waitresses were employed to each stand and hold a tray of filled champagne glasses for as long as possible. Recorded, as a single shot in real-time and projected life-size, voyeuristic implication becomes an integral part of the installation and synonymous to the protagonist’s travails. Time not only functions as a medium but as a weight and an ordeal; it does not pass, so much as press.

‘Edificio Recife’, by de Burca /Wagner, is an extensive work of photographs and texts revealing a fundamental friction between art appreciation and taste as a guide to understanding class relations in contemporary Brazil. Images of sculptures at the facade of new apartment blocks (Edificios) in the city of Recife are coupled with the opinions of the doormen (Porteiros) on the artworks they co-habit this space with. Similarly Mark Curran’s work Liquid modern I has a political edge. While incorporating the words of Homer, the aged poet, from Wim Wenders’Der Himmel über Berlin (Wings of Desire, 1987), as he searches for Potsdamer Platz in then No Man’s Land, the project is inspired by Zygmunt Bauman’s notion of Liquid Modernity addressing neoliberal capitalism.

Enda O’Donoghue’s brightly coloured images are the by-product of his meticulously planned large scale paintings functioning themselves as an intriguing work about process – a state between completion and idea, control and chance, analogue and digital.

Jane Hughes’s large scale drawings invite you to physically stand between a raw immediate moment of tension, an uncertain space of attack by the simultaneously tame and wild urban fox. The highly labor intensive work of David O’Kane oscillates back and forth from animation to painting using images that are deployed in a manner similar to scientific thought experiments, probing for a reaction from the artist and the viewer with the heavy tangibility of time and space as a major theme.

LiFeLooP will perform his work ‘Electricity’ at the opening on 6th December.The exhibition also includes a reading by Alan Cunningham from his debut novella, Count from Zero to One Hundred, published by Penned in the Margins (London) at 2pm on Friday 20th December. There will also be a curators’ talk and exhibition tour by Jane Hughes and Enda O’Donoghue at 12 noon on Saturday 7th December.