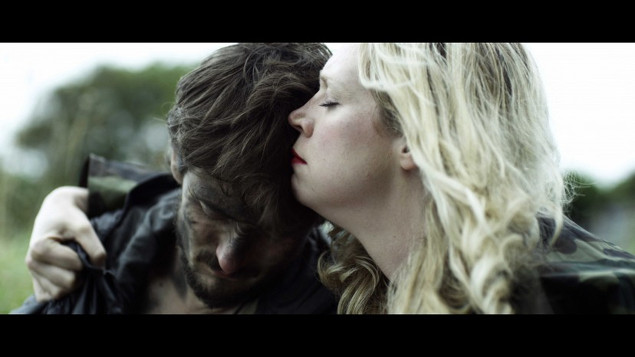 The complex relationship between language and power is a recurring theme in Mellors’ multi-faceted work, typically manifesting itself in absurdist, humorous narratives that reveal a penchant for satire and the grotesque.

Mellors writes his own texts and explores different approaches to the performance of these texts in a variety media. Parodying the formats and structures through which information is popularly conveyed – such as the television drama, political broadcast, critical analysis or avant-garde plays – Mellors sets up theatrical frameworks to test the line between meaningful content and incomprehensibility. At the core of his practice lies a fascination with the relationship between word and effect.

In addition to his absurdist scripts, psychedelic theatre, film, video, performance, collage and sculpture Mellors plays bass guitar in the group Advanced Sportswear and is a co-founder of Junior Aspirin Records.

Ourhouse Episode 3, The Cure of Folly was commissioned by SMART Project Space, Amsterdam with the generous support of The Mondriaan Foundation, Netherlands; Fonds BKVB; Nederlands Filmfonds; and Eastside Projects, Birmingham.