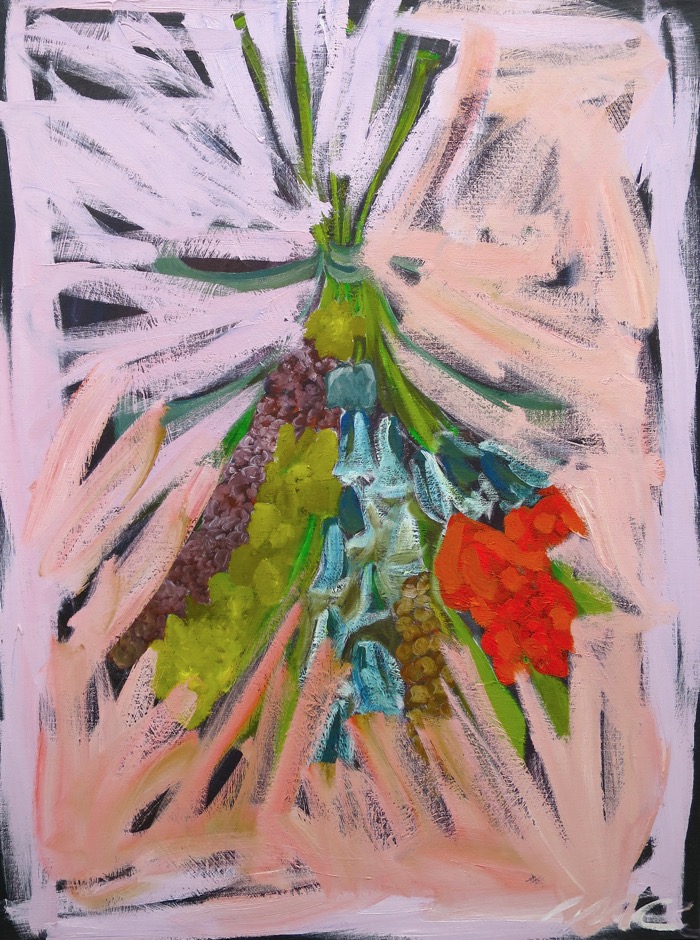 We are delighted to be working with Michael again for the first time since his solo exhibition in 1977 at the Jo Rain Gallery in Temple Bar. Born in 1951, Michael had his first one man show at the Oliver Dowling Gallery in 1977. In the same year he was awarded the Carroll’s Open prize at The Irish Exhibition of Living Art. 1979 saw him win the first prize for painting at EV+A and in 1980 was awarded the same prize for a second time. Following these successes he moved to Vienna where he lived for some years, returning to Ireland in 1989. In 1991 he Featured in ‘Irish Art of the Eighties’ a survey exhibition at the Douglas Hyde Gallery, Trinity College Dublin.Two major solo shows in the 90’s include his Hoeys Court Paintings at the RHA Gallagher Gallery, Dublin in 1994 and his ‘Temple Bar Painting’ Installation at the Hunt Museum, Limerick, 1998. He has presented solo exhibitions at the the Green on Red gallery 1998 and 2000 and the Cross Gallery, 2004, 2006 and 2012. His work is represented in public and private collections in Ireland and abroad. He lives and works in Dublin.

“There is an attractive openness about Michael Coleman’s paintings that involve building up in layers: painting out: painting over: experimenting, faltering, adjusting, recovering, redefining, triumphing. Always toying with failure, always nudging ideas towards the outer imaginative reaches. He bears witness to the nature of experience and memory, while simultaneously transmuting them into art” – Dennis Driscoll