Michael Boran: Through the Undergrowth 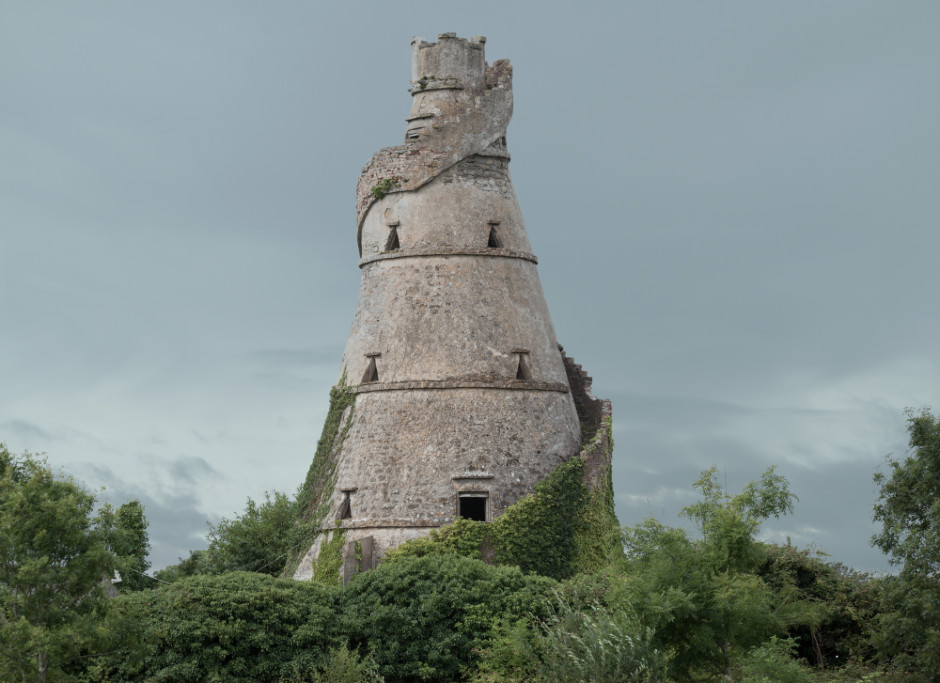 Kevin Kavanagh is pleased to present Through the Undergrowth, an exhibition of recent photographs by Michael Boran.

Through the Undergrowth is comprised of photographs that relate to each other tangentially, their intention is ambiguous. Boran pictures towers, pylons, masts, plant stalks and monuments from a Piranesian vantage point that places the viewer far below the pictorial object. The desire to ascend is a prevalent motif in this recent body of work in which Boran represents the urge or instinct to reach upward, to peak, to seek out the most prominent positions. Often blurring the line between natural and manmade, Boran poses visual similarities in patterns formed by vines and power lines as they tangle and drape. We are also presented with the idea of pairing and of duality. Through the imagery, which often simulates the visual codes and studio finesse of stock photography, we are invited to consider the idea of doubles and dichotomies, of objects growing into one another.

The photographs in Through the Undergrowth convey their messages obliquely with subtle tones and miniscule detail, free from pixilation and visual noise.  In these images background detail has been removed and replaced with a backdrop of serene blue sky, enhancing the clarity of the subject. Boran is interested in abstraction through photography, he creates versions of each photograph and then collates them into a high-resolution, hyper-focused picture planes. By condensing each image he causes a visual time lapse that synthesises a multitude of perceptions concurrently. In this way he reflects on the temporal limitations of still photography and the perception of depth. In the pursuit of specific images and the production of a vast personal archive, Boran examines the manner in which photographs are created and understood, through the undergrowth of the garden to the heights of telegraph poles we can observe a multitude of connections and affinities.

Michael Boran (B.1964) lives and works in Dublin. He graduated with a BA Fine Art from NCAD in 1988 and exhibits regularly both nationally and internationally. Recent exhibitions include Schrift in der Kunst, Kunstverein, Banberg, 2015, Art Brussels 2015, Voyager, Kevin Kavanagh Gallery, Dublin, 2008 and European Photographic Identities, Parc des Ateliers, as part of Les Rencontres d’Arles, France, (2008). Public commissions include The Bank, commissioned by Central Bank of Ireland Art Projects, Gallery of Photography, Dublin (2006). His work is in a number of private and public collections in Ireland, UK and Europe. Boran is a Full Member of Temple Bar Gallery + Studios and is represented by Kevin Kavanagh, Dublin.