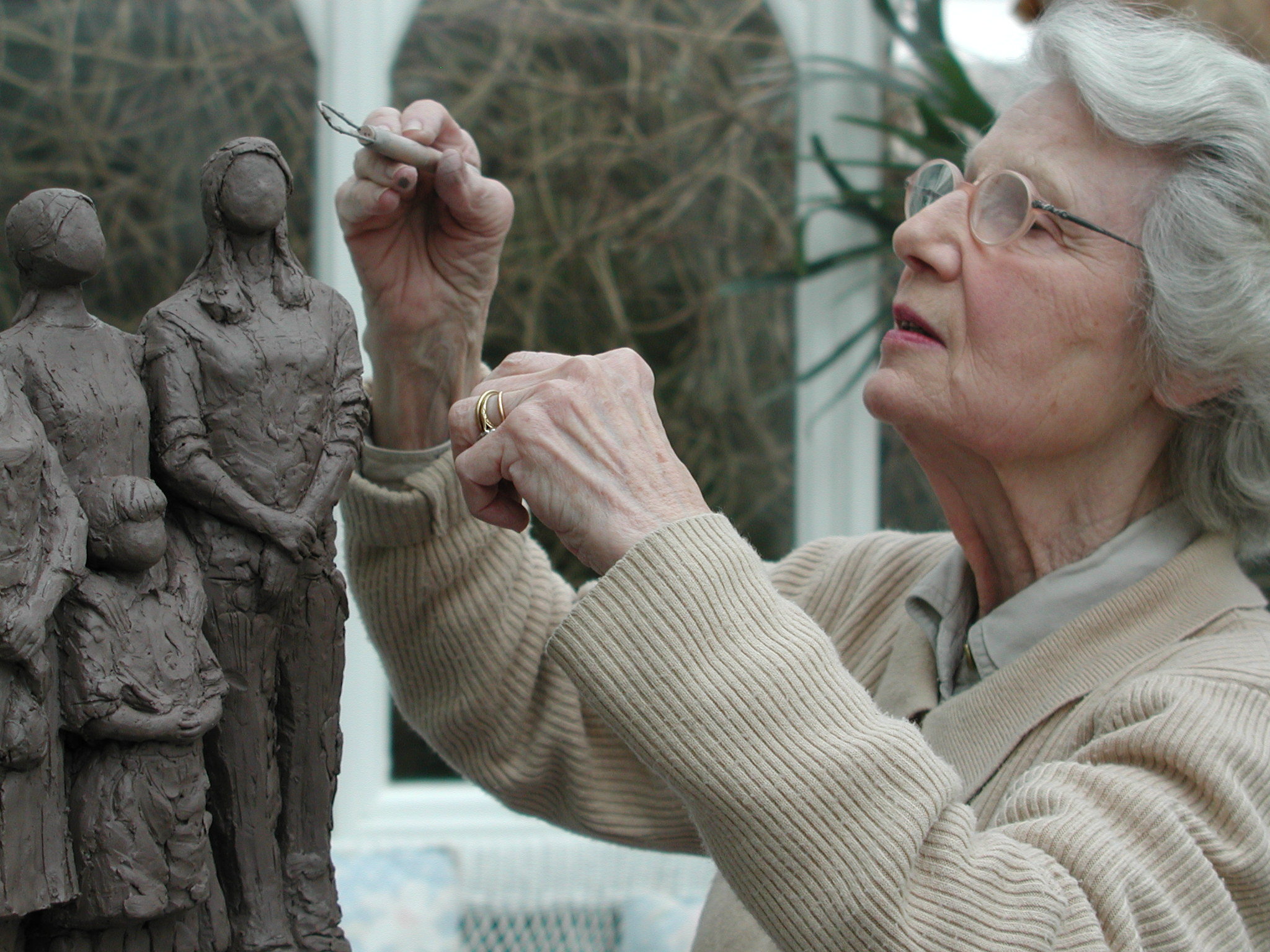 Melanie le Brocquy’s (1919 – 2018) sculpture was distinguished by its scale – small but never diminutive, or, miniature. The excitement captured in the finished bronze referenced the decisions made, unmade and made again, in the way she modeled the clay. Her human and animal figures were animated by subtle gesture – the angle of a head, the slope of a shoulder, the aspect of the hand, a quiet signal creating a psychological and compelling depth to her subjects. The RHA is pleased to present six works by le Brocquy, borrowed from private collections, in this exhibition entitled Familiar Gestures.

Born Dublin 1919, Melanie Stewart, née le Brocquy attended NCAD before continuing her studies at Geneva’s École des Beaux-Arts. She then returned to Ireland in order to study at the RHA School from 1937 to 1942. In 1981, le Brocquy was one of the founding artists of Aosdána. She was made an Honorary Member of the RHA in 1989 and her work was celebrated in a retrospective at the RHA in 1999 accompanied by a catalogue with an essay by Brian Fallon HRHA and an interview with Hilary Pyle HRHA. From 1938 on she was a regular exhibitor at the RHA Annual Exhibition. Melanie le Brocquy, passed away on June 22 2018. She was the daughter of Albert and Sybil le Brocquy, her mother a noted writer and playwright, and, her brother, Louis le Brocquy was the celebrated Irish painter. A native of Dublin she had spent most of her adult life in Blackrock. Her husband Professor Stanley Stewart FTCD pre-deceased her, she is survived by her four children, Kathryn, John, Bruce and Caroline and grandchildren.