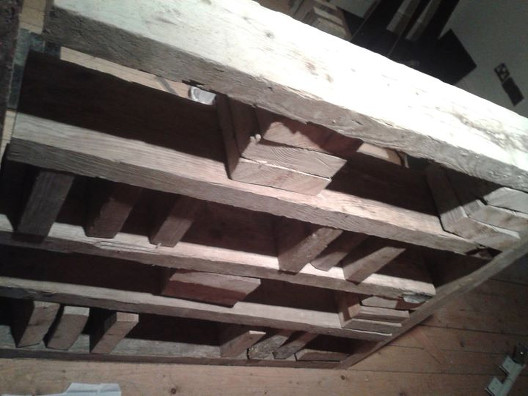 “Generally Recognised as Safe” (GRAS) is a term that originated from the Matthew Sutton Structural Administration (MSSA). The designation of the term specifically relates to, a material added or subtracted to the integral structure of a sculpture and is considered safe by experts, and therefore is exempted from the usual structural standard of requirements. GRAS is a term that originated by the American Food and drug Association (FDA).

In order to label this exhibition “Generally Recognised as Safe”, Sutton’s exhibition exploits the notion of adding or subtracting the minimal amount of any given material to/ from a structure in order to meet the standard requirements issued by the “Matthew Sutton Structural Administration” (MSSA).

Matthew’s artistic interests are concerned with spatial awareness. The overall display of the work is presented in an order that demands the viewer to engage with the material in the surrounding confines of a gallery setting.

Matthews practice reflects upon “urban waste”, an undeniable presence in contemporary life. Salvaged materials from skips and building sites form a collection of objects whose original purpose was to build or help sustain living environments. The use of these industrial and inexpensive materials is the artists response to the current difficult economic climate in Ireland, where money is short and the leftovers of the Celtic Tiger can be utilised.

Matthew is a recent graduate form GMIT were he obtained a Bachelor’s Degree Fine Art (Honors) in June 2013. His degree show was shortlisted for the undergraduate award 2013 in the visual art category. He has exhibited his work in Dublin and Galway and was part of Gallery 126 annual graduate show in 2013.Some of Matthew’s work has recently been acquired by the OPW (Office for Public Works).

This exhibition runs until August 30th.