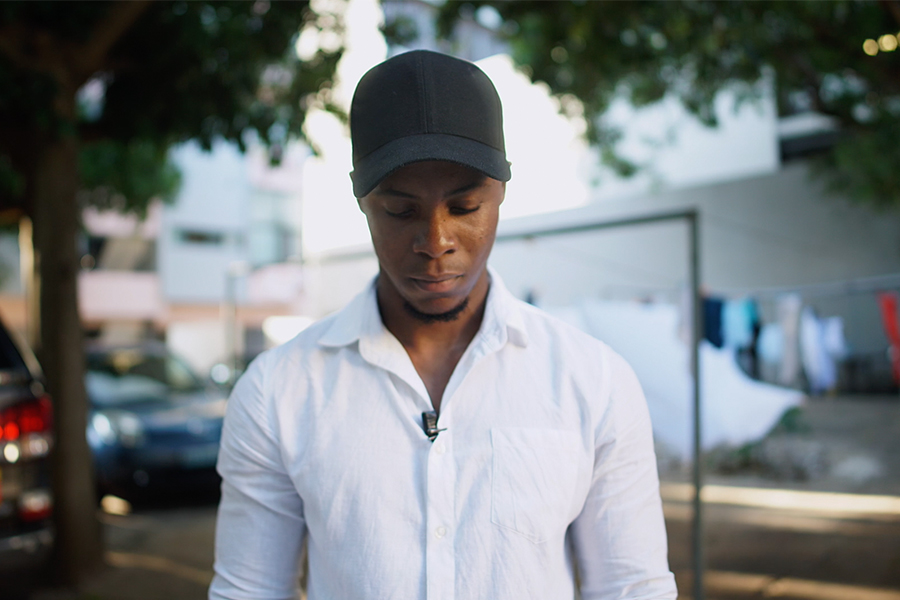 The Core Project is a multifaceted visual art project, presented through video, online and as a large scale installation featuring over 150 videos, by  Matthew Nevin. In each video, a single respondent answers a question that they have not previously seen. By withholding the question, Nevin removes the expectancy that we as participants in  an expanding online/new media culture have become accustomed to. It removes the power of the question from the participant’s planned vocal and physical response. It sets an emphasis on the context of the answers and the behavioural nuances of the participants.

The project is as much about the participant’s verbal response as it is to their uncomfortable attitude to the unknown. A primary aim of this large scale project is to engage citizens of the world in a global cultural experiment that serves to highlight the diversity and complexity of people; opening a door to individuals from all corners of the earth.

Rosalyn Deutsch proposes that an art public does not pre-exist, in contrast to an art audience, it is produced by “participation in political activity”. The project focuses on the accumulation of an ephemeral ‘art public’; analysing the process of each of the participant’s understanding of the question, exploring their visual set up [how they set up the camera, their ‘visual scene’], their method and practice in participating in the project.

These participants self-film, or alternatively record through Skype, responding to the previously unseen question: “What is going to happen next?” Nevin has been gathering these responses since 2010.

The artist states “Through this inclusive project I wish to break down barriers on how Art can be perceived, created and viewed, with an aim to engage, unite and create a spark in people’s lives.” – M.Nevin

The Core Project acts as both a global online artistic endeavour and an archive of a group of individual real world responses. The artwork focuses on intervention, engagement with and critique of the dominant political and economic order of society. This allows participants to become subjects (in this case sub-artists) and move away from singular spectatorship. Through this form of activation and collaboration, art online (in all forms) has become a collective creation process. The project is enabled by technology and the sharing of opinions/thoughts of artists and whomever the participant is, permitting the creation of art into both a virtual website and tangible form – an installation.