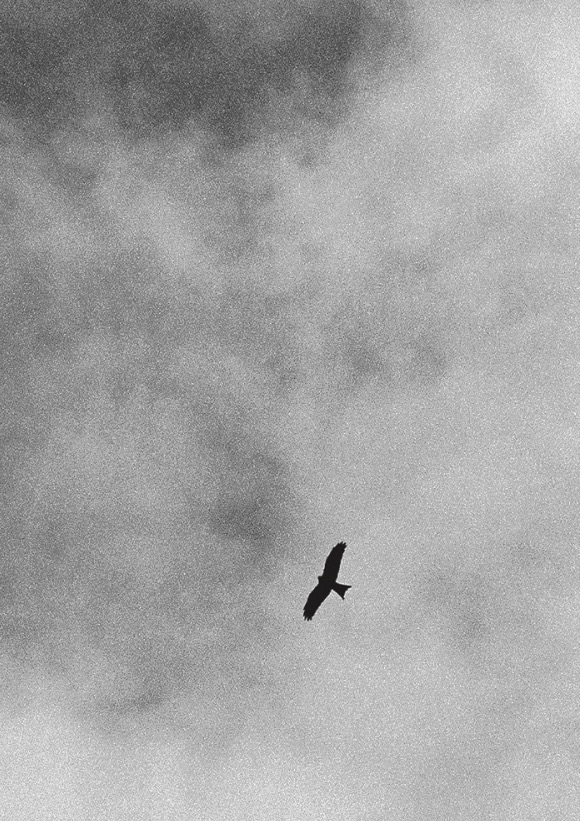 “For years I saw them only as a tremor at the edge of vision”
J.A. Baker, The Peregrine

The Butler Gallery is delighted to present a multi-media exhibition of new work by Martin Healy.

This exhibition, entitled The Augury, expands on some of the principal concerns that have emerged in Healy’s practice in recent times. The works in the exhibition attempt to explore our tenuous and conflicted relationship with the natural world and in particular how this reflects on the various symbolic uses of the animal in culture.

Focusing most conspicuously on birds of prey the works examine the iconographic and symbolic significance of this animal, while also alluding to the transcendent or mystical associations it conjures. Making reference to The Peregrine, J.A. Baker’s canon of nature writing, the works reject familiar representations of nature, resisting associations with the sublime or the pictorial; here the birds are presented as distant, unknowable and fundamentally alien.

Spanning a range of media, the works also ruminate on the forms of transformation the bird undergoes in culture more generally. At times an object of symbolic political power, it is also regarded as a symbol of ecosystem health and by contrast, at its most quotidian, as a symbolic object of consumption – each transformation a facet of ‘nature’ we reshape for the purposes of capital. Underpinned with an atmosphere of environmental anxiety, the works in the exhibition question the underlying concept of dominion, which has until now, defined humankind’s relationship to the other inhabitants of the planet.

Martin Healy lives and works in Dublin. He works predominantly through the mediums of photography, video and installation and his works have been shown widely both nationally and internationally. He received a B.A. in 1996 and an M.A. in 2000 from Crawford College of Art and Design, Cork. He has been the recipient of many distinguished residency programmes in Helsinki, Paris, Scotland and New York. Solo exhibitions include: A moment twice lived, Crawford Art Gallery, Cork, 2016; Terrain, Galway Arts Centre, 2015 (as part of the Galway International Arts Festival); Aether, Oonagh Young Gallery, Dublin, 2014; The Future Perfect, Rubicon Projects, Brussels, 2013; Last Man, Crawford Art Gallery (screening room), Cork, 2012; The Inhabitant, Temple Bar Gallery and studios, Dublin, 2011; Facsimile, Lismore Castle Arts, St Carthage Hall, 2011.

With thanks to the Arts Council for essential annual funding and to the OPW, Department of Social Protection and Kilkenny Local Authorities for additional assistance.