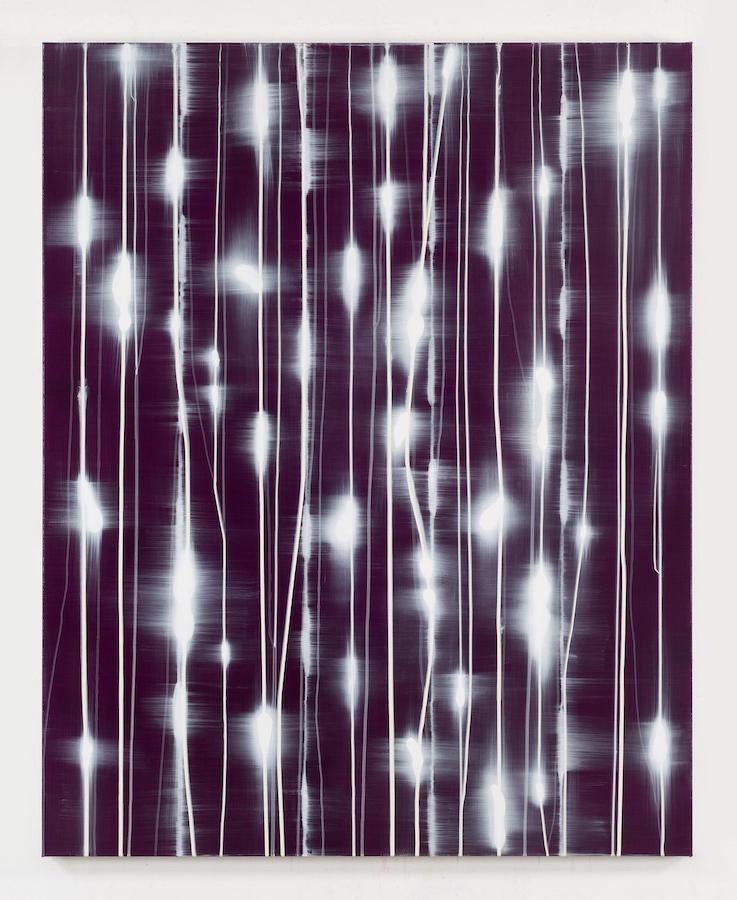 Kerlin Gallery is delighted to present White Light, an exhibition of new paintings by Mark Francis. The opening reception will take place on Thursday 24 January in the company of the artist.

Francis’ ongoing fascination with the ‘mysteries of the universe’ provides the point of departure for this most recent body of work by the London based artist.  The invisible energy which powers all cosmic activity including our very own existence is given form and structure in these new paintings; delicate filaments become linked and intertwined, floating in darkly hued voids lit by the white light of glowing abstract forms.  ‘As a starting point, I visualise the universe being made up of a loosely structured grid where order and chaos can reside. As the work develops, this quickly gets lost or moves aside in the painting process. I like to visualise the paintings as the photographic moment capturing the birth and death of invisible energy’.

Over the past thirty years, Francis has made paintings of this singular optical intensity – powerful, apparently abstract combinations of concentrated patterning and stark colour contrasts that are in fact principally based on what the unaided human eye lacks the power to see. His work draws significantly on discoveries about the form and substance of reality that result from technologically enhanced vision.  An enduring fascination, for instance, has been the visual worlds made accessible by the matter-penetrating gaze of electron microscopes: the dark, scattered, interconnecting orbs or the variously taut and slack lines of his painting have drawn their strange forms from imagery of the miniature universe, the realm of molecular structure and cellular association out of which all life is assembled. More recently, too, Francis’ art has looked outwards, taking as points of pictorial reference the graphic interpretations of data received by radio telescopes as part of astronomers’ efforts to chart distant zones of the cosmos. Such scientific advances in the power of perception have for Francis come to present vital challenges – and opportunities – for the practice of painting.