Mark Curran: The Economy of Appearances 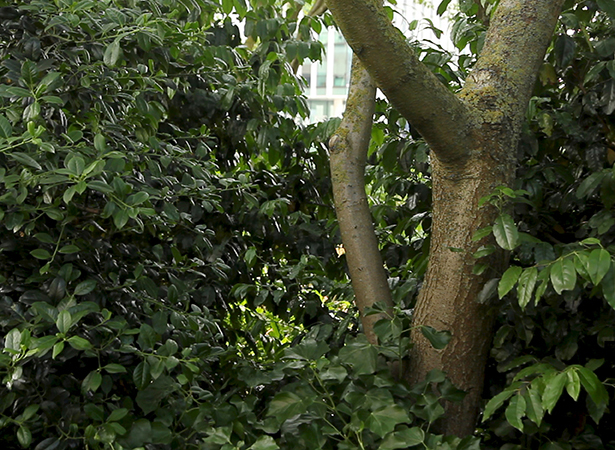 In Mark Curran’s practice, projects unfold over time. Since the late 1990s, Curran has undertaken a cycle of long-term ethnographically-informed multi-media research projects addressing the predatory context resulting from migrations and flows of global capital. Southern Cross (1999-2001) and The Breathing Factory (2002-2005) critically surveyed the precarious spaces of finance, development and globalised technology of the Republic of Ireland’s putative industrial transformation during the so-called ‘Celtic Tiger’ economy. Ausschnitte aus EDEN / Extracts from EDEN (2003-2008) sited in a declining industrial and mining region of the former East Germany evidenced devastating prophecies of neoliberal capitalist futures. And in the evolutionary aftermath of the global economic collapse and absence of sustained engagement with the central locus of this event, Curran’s ongoing multi-sited enquiry THE MARKET (2010- ) focuses on the functioning and condition of the global markets.

In this major exhibition, The Economy of Appearances, at Limerick City Gallery of Art, Curran will exhibit and draw from these projects together for the first time, while expanding and developing the enquiry with new work, completed in Amsterdam, heart of the highly complex nature of the international trading culture, against the evolutionary backdrop of volatile global capitalism in flux and transition.

Incorporating photographs, film, sound, artifactual material and text, themes include the algorithmic machinery of the financial markets, their absorption of crises and emergencies as normalisation of deviance, and of the long range mapping and consequences of financial activity distanced from the circumstance of citizens and everyday life. Profiled testimony has included traders, bankers and financial analysts and documentation of trading floors and exchanges in London, Dublin, Frankfurt and Addis Abeba. Data using an algorithm to identify the application of the words, ’market’ and/or ‘markets’ in the public speeches by relevant national Minister of Finance is transformed to create the installation soundscape. To date, algorithmic translations of Michael Noonan, Irish Minister for Finance, George Osborne, British Chancellor, Pierre Moscovici of France’s Ministére de la Finance and Dutch Minister for Finance and President of the Eurozone Group, Jeroen Dijsselbloem have been included in exhibitions in Dublin, Belfast, Paris and Groningen.

Curran filmed in the new financial district of Zuidas on the southern periphery of the Dutch capital – a global centre for algorithmic trading. Adapted from a text by former trader and now financial activist,Brett Scott, which examines High Frequency Trading (HFT) and how the input of human values, are excluded, the voiceover and title of the film are inspired by Scott’s essay, ‘Algorithmic Surrealism’.The film suggests the hegemony of HFT and the extinction of human reason or intelligence – human strengths that also include traits such as empathy and ethical behaviour – in Market decisions will both perpetuate and render more extreme the power relations of minority wealth in globalised capitalist systems.

While also site of the oldest exchange in the world, Amsterdam is pivotal in the Netherlands’ central role in the global Shadow Banking system (along with Luxembourg and Ireland) where officers play prominent and conflicting parts in current Euro Zone financial manoeuvres, for example simultaneously facilitating the flight of capital from Greece whilst scolding the Greek system for lax tax regimes. The Anthropologist and Ex-banker Karen Ho, in her ethnographic research of the culture of Wall Street, uses the phrase ‘economy of appearances’ in her argument that banking culture consciously nurtures the very production of crises – this culture builds on characteristics such as anxiety, exhaustion, high risk and high rewards, capitalising on humanity’s limits and weaknesses. The installation will activate the popular graphic representation of such circumstance through the intervention of a 3D visualisation of the algorithmically-generated data of the soundscape – ‘The Economy Of Appearances’ – to represent the functioning of contemporary financial capital through the conduit of the globalised nation state.

A researcher and field worker, Mark Curran and his work draws on a long history of activism in art, and is the activist campaigner committed to discovery and knowledge production. Passionate about the Citizen’s Right to understand and to have a voice, Curran seeks to achieve no less than retaining humanity at the heart of decisions made in the battleground of international financial markets in the neoliberal 21st global financial war.

A full publication of THE MARKET is planned.