Mark Cullen: Ladies and gentlemen we are floating in space 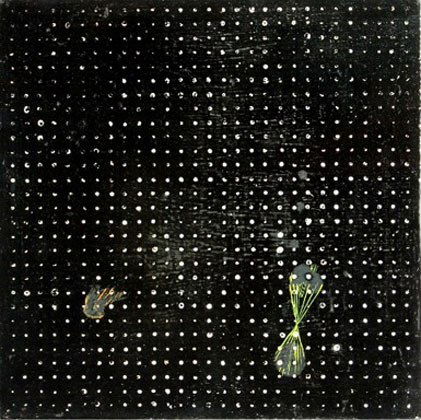 Mark Cullen creates surreal installations that stem from his interest in science, space, technology, futurology, music and art. He attempts to slow down the viewer’s engagement with art. He wants the viewer to become a participant within an immersive experience, to encourage a consideration of what it means to be a thinking embodied being, inside an artwork. What are the implications both physically and mentally? Ideas of place/site/space, embodiment, science/futurology/sci-fi and the imagination are explored in his work. The observer’s insertion in the work enacts a parallel insertion into a relationship with these ideas. Cullen is interested in transporting the viewer into a space where art’s ability to stretch logic, time, material and experiential possibilities is apparent, and perhaps to entice the viewer into considerations of a cosmological nature.

Mark Cullen was born in Dublin in 1972. Cullen works with various media. Works include MAIM XI for the Irish Museum Modern Art, Temporary Portable Reservoirs at The Hugh Lane Municipal Gallery, Dublin and Siege House, London, Cosmic Annihilator, an installation at Pallas Heights and Open EV+A (curated by Dan Cameron 2005), Limerick City Gallery. Recent works include Difference Engine, at Substation, Triskel, Blackflash at G126, Star Gazing at 52° North at Synaesthesia Sat, Workhouse, Birr Arts Festival. In 2005 he completed a Masters in Visual Arts Practices at DLIADT and was an award winner at EV+A 2005. In 2007 he attended a residency at El Levante in Rosario, Argentina. Cullen was curator of Darklight Digital Film Festival from 1999-2004. In 1995 with Brian Duggan he was the co-founding partner of Pallas Studios, Dublin. Pallas through their various guises and programmes have been key exponents of experimental art practice in Dublin.

Cullen is also a director and curator of Pallas Contemporary Projects, a space for experimental art in Dublin.