Marie Brett: The Hidden Mountain, the Fort and the Five Trees 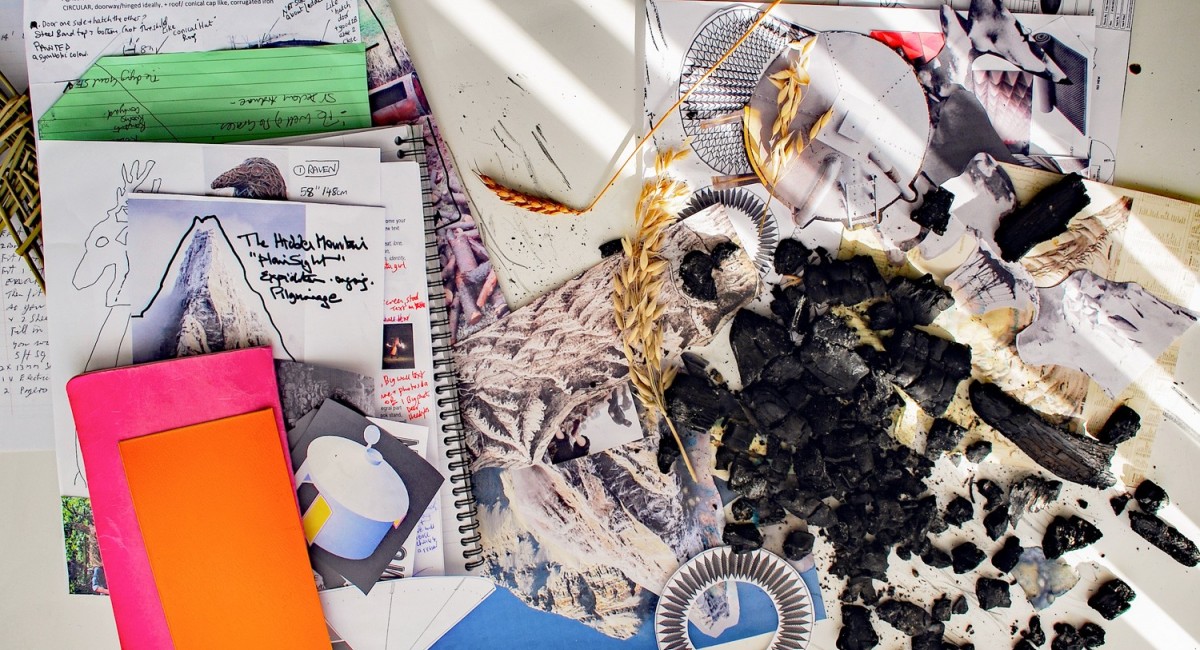 The artist Marie Brett’s exhibition The Hidden Mountain, the Fort and the Five Trees features works that consider social, psychological, allegorical, and mystical methods of processing trauma, conflict, and control. The exhibition is Brett’s first survey show, and the most comprehensive presentation of her work to date. It brings together a commissioned, newly made installation; a group of past films alongside the premiere of her latest film; and an eclectic display of objects, texts, photographs, and videos documenting and reimagining other installations produced in recent years. It facilitates a critical review of Brett’s practice, repositioning and furthering her idiosyncratic voice and style within the Irish art scene.

Brett creates installations, films, and performances, often collaborating with communities having particular interests and geographies and welcoming other creative contributions—from music to lighting design and dance—as well as both specialized academic advice and amateur, skill-based knowledge. She undertakes considerable periods of research and active dialogue as a means of forefronting reciprocal intellectual and practical exchanges. She usually presents, or stages, her work in the public realm—in historically significant architecture, spiritual and/or ancestral landscapes, abandoned urban sites, or the digital arena.

Brett exposes what is hidden or suppressed within society but has a significant impact on everyday life. Her subject matter ranges from cases of loss to the predicaments in which state infrastructures and legal dispositions are fabricated or designed. She might speak to parents dealing with a child’s death; interact with patients, caregivers, and parents at maternity hospitals as a means of making suffering visible; or examine hoping/coping mechanisms within the framework of a pandemic. More recently she has been delving into questions of cultural lore in which she gestures toward the supernatural, exploring the legacy of paganism as well as present-day otherworldly phenomena. Specifically she does this by delineating the multiple relationships between body and land, according to Irish customs informed by a mix of religion and patriarchal values.

At the core of the exhibition is Ritual of Stone and Water: Pilgrimage to the Ninth Wave Multiverse, a commission from SIRIUS. The work consists of a scaled-down replica of a grain silo—a structure commonly found across Ireland’s countryside—painted orange, around and inside of which are a variety of elements, including light, haze, sound pieces, flickering images, charcoal, and quartz. In the interior of the structure, a combination of visual, auditory, and tactile effects provokes a visceral affective resonance with the audience. The work engages with agricultural vernacular formations, matter, celestial or ancient territories, and divination to suggest a holy well: it is a portal, possibly projecting into and receiving messages from another world, and it also functions as a terrain of renewal or healing. Yet there is some uncertainty as to whether it is communicating advice or warnings from the future.

Brett situates her practice at the edges of “safe ground” and in “transformative spaces,” whether between life and death or between earth, sky, and the underworld. She draws from traditions, personal and collective memories, folklore, and political contexts to trace forms of courage, protection, and regeneration. While focused on matters of relevance in Ireland, she also addresses wider themes of the human condition through the lens of lived experience, responding and contributing to a sense of belief and resilience in the face of the existential, physical, and emotional crises that define contemporaneity.