Marianne Keating: Meet Fire with Fire and Other Works 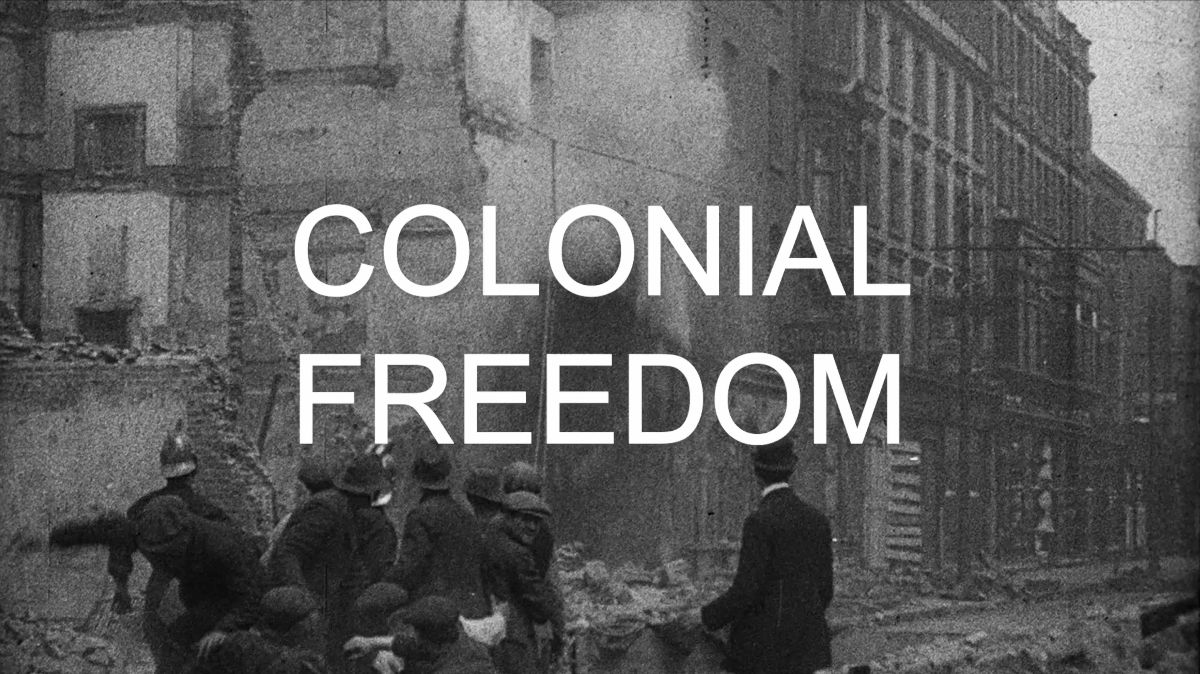 Marianne Keating examines themes of the Irish diaspora in the Caribbean, legacies of British colonialism in Ireland and beyond, and the creolisation of identity. She makes films that bring together archival materials, found footage and textual sources with her video recordings (shot on location), interviews and field notes.

This screening features two films that explore the Irish War of Independence: Meet Fire with Fire, which premieres on this occasion, examines the withholding of documents surrounding the burning of Cork in 1920 by the British government, and A Beautiful Dream(2020–22) considers the ideals for which the Irish fought against the British.

The screening also features Landlessness (2017–22), which focuses on the migration of Irish indentured labourers to Jamaica (then also part of the British Empire) between 1835 and 1842, providing a broader context to the Irish-British convoluted relations.

Miguel Amado, the director of SIRIUS, and Marianne Keating discuss the artist’s interests and concerns, from her research of the Irish diaspora in the Caribbean to her approach to the Irish revolutionary period, as well as her engagement with archival footage, official and informal documents, and personal testimonies to address issues of collective memory.