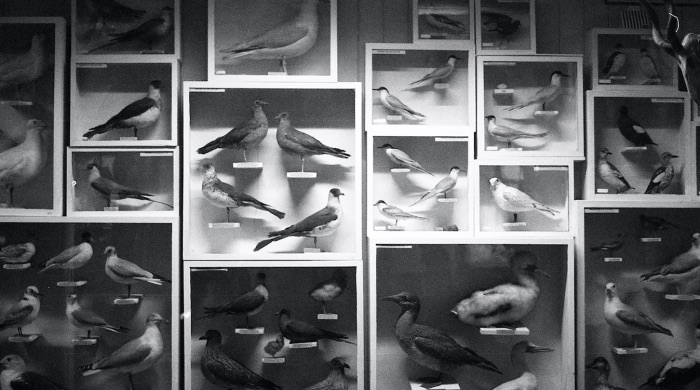 With this new work, Maarbjerg observes both the surrealism and strangeness which the world experienced in 2020 and 2021 during the global pandemic, while retaining an underying hope that the crisis will lead to societal changes and reforms in the rental market.

The piece, ode to changes, is an iteration of Maarbjerg’s graduation piece belonging without belonging, 2020, which focused on the housing crisis and the first lockdown. Now, ode to changes explores the opportunity for change post lockdown and the desire to return to a society different to how it was, before.

ode to changes, is a 13 minute long film consisting of slide projections with a spoken text, divided into 4 short chapters. This structure is inspired by classical theater plays which have a prologue and three acts. The text for ode to changes was developed over the course of a year, with parts written before and during the pandemic.

With the prologue, prolog, Maarbjerg references to the first page in a theater script, which often contain small notes, directions and characteristics about the characters in the play. The second act, akt 2, was the last part to be written and was written during Ireland’s third lockdown.  The inspiration for the second act came when the artist forgot her mask when going to a supermarket and realised that shopping without a mask had become a surreal experience. Around the same time, Maarbjerg read an article in a Danish newspaper, describing how a reintroduction of certain restrictions would be far easier, since the people had already incorporated the restrictions, such as mask wearing, in their everyday habits. The artist decided to incorporate Danish, her native language, in her work in order to emphasise that while the whole world struggles with Covid-19, the housing crisis is also an issue not unique to Ireland.

Maarbjerg recorded images prior to and between lockdowns in Ireland and Denmark. Among the places she photographed were IKEA, the National Botanic Gardens of Ireland and the Natural History Museum of Ireland, all of which depict a constructed environment, pretending to be homes, yet are an imitation of reality. Which the artist believes offers a parallel to the feeling some tenants experience, when living in rented accommodation; the place where one lives is not really home. The photographs are all analogue, and projecting the images onto the wall is a reference to the experience of sitting among the family and being shown holiday photos on a slide projector.

Maarbjerg intends to add an epilogue in 2030 to the piece, describing what happened post Covid and if the crisis did lead to changes and reforms in society.

Maria Maarbjerg is a Dublin-based visual artist working primarily with performance and photography. Her practice revolves around her Scandinavian cultural heritage and societal issues, such as the current housing crisis and is focused on the psychological and emotional impact of people living through these situations.

Her images reference pre-digitalisation photography, and she finds her inspiration in archival photos and old video footage. A characteristic of her photos are that they are scratched, blurred or have a grainy structure. She often find the failed images on the film roll the most interesting, as the errors are a reminder that the photo itself is a depiction, and not a representation of reality, in that sense she finds a failed photo more honest. In the process of working Maarbjerg chooses a specific place or environment to photograph which relates to her project and which contains interesting shapes, lines or constructions.

Maarbjerg studied photography at Fatamorgana – the Danish School of Art Photography in Copenhagen and graduated in Fine Art from Dublin School of Creative Arts at Technological University Dublin in 2020. She was the 2020 recipient of the RDS Lewis-Crosby award, and received the Fire Station Graduate Award the same year. As a part of a residency, she recently held her exhibition Next to None in A4Sounds Gallery, Dublin.