Maria Fusco: We are no longer needed by what we created 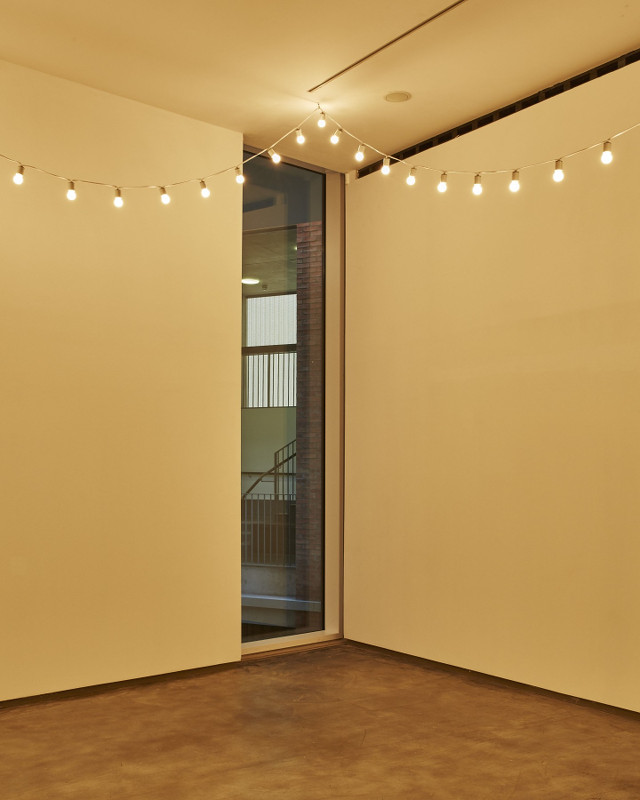 To mark the close of This Place, we are delighted to be presenting a newly commissioned text by writer Maria Fusco, developed in response to the work of Felix Gonzalez-Torres.

We are no longer needed by what we created is a prose poem that takes as its starting point ideas surrounding materiality and seriality that resonate deeply with Gonzalez-Torres’s practice.

From 6-7pm on Saturday 23 January, under the light of“Untitled” (Arena) in our Tall Gallery, Fusco will make a performative reading of this new work, followed by a conversation about her experimental methods and interdisciplinary writing practice. We will also be publishing a limited run of 100 copies of the work to be distributed over the last weekend of the exhibition.

Fusco is a Belfast-born writer working across fiction, criticism and theory. Her latest work, Master Rock, is a repertoire for a mountain, commissioned by Artangel and BBC Radio 4. She contributes to international publications and her work is translated into ten languages. Latest books include: With A Bao A Qu Reading When Attitudes Become Form (Los Angeles/Vancouver: New Documents, 2013), and The Mechanical Copula (Berlin/New York: Sternberg Press, 2011). She is founder of The Happy Hypocrite, a journal for and about experimental writing, is a Reader at University of Edinburgh and was Director of Art Writing at Goldsmiths, University of London.

“Maria Fusco has emerged as one of the most distinctive voices in contemporary writing in the UK.” Artangel

“Maria is creating a vanguard in the relationship between language and visual arts that is undoubtedly of significance, and suffused with humour, absurdity and a serious playfulness.” Kit Hammonds