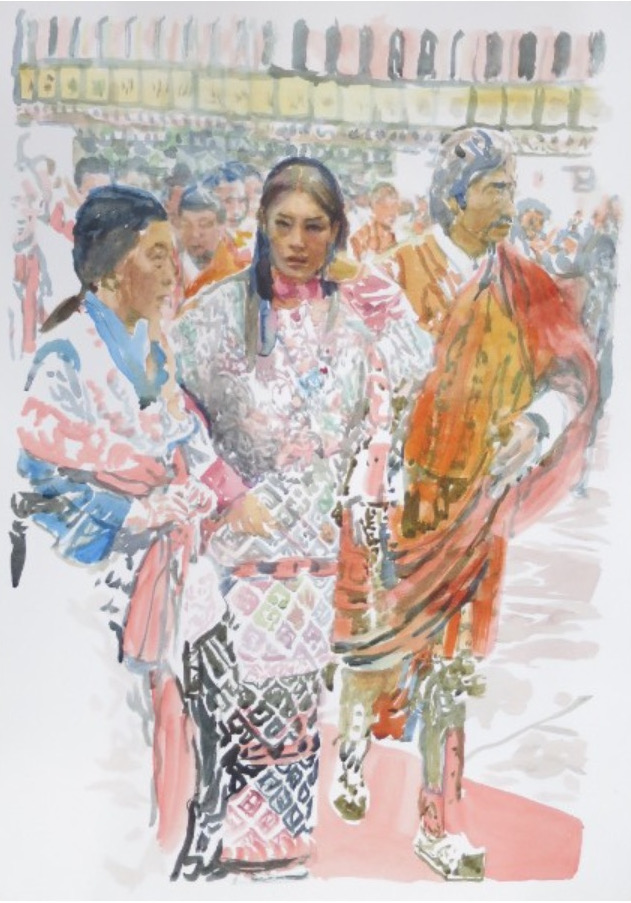 Aspasia was an influential immigrant to Classical-era Athens. She was the lover of the statesman Pericles and yet famed in her own right as an intellectual. As an outsider to the culture she entered, she thrived despite its restrictive citizenship laws.

Corcoran’s large, highly colourful canvases are bold and assertive, while the works on paper are sensitively rendered and acutely observed. She brings together an unlikely grouping of references celebrating love, creativity, ceremony and independence of thought.

The artist depicts figures such as Aspasia, Eileen Gray and D.H Lawrence alongside Sudanese courting couples and Bhutanese royalty. Their coexistence as subjects in the exhibition traces an idiosyncratic and tangential body of research that incorporates references to colonialism and to a striving for human dignity and equality. Aspasia – An Influential Immigrant celebrates unexpected congruence in the lives of people divided both historically and geographically.

As a complement to the wide-ranging subject matter, Corcoran utilizes varying scales, techniques and paints to identify affinities and universal motifs in seemingly disparate lives.