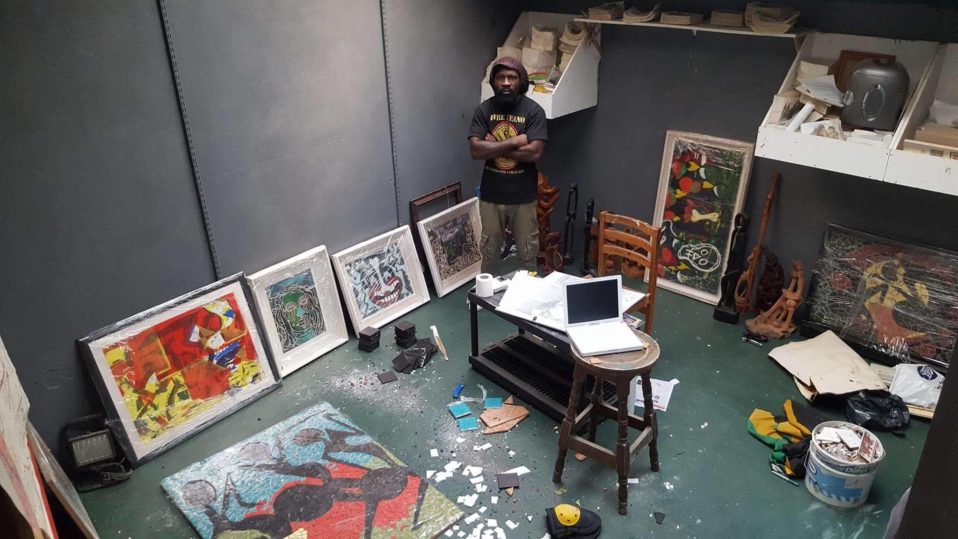 Macola Vonga has been an artist all of his life. He grew up in Angola and he arrived in Ireland in 1996 immediately becoming involved with the Irish arts scene. Macola worked as a freelance artist in Dublin for 15 years as well as working as an archaeologist. In 2003 Macola graduated from the Dublin based Larkin College art school. In the same year Macola exhibited at Columbus University in Ohio. In 2010 Macola decided to move to Donegal where he has created works of art on behalf of local community projects, including the Church Lane mosaic wall Mural in Letterkenny and the mosaic floor mural in the Rathmelton Town Hall. In 2016 he created a mosaic mural for the 1916 centenary celebrations. This project highlighted the Pearse brothers involvement in the ornamental pulpit at Letterkenny cathedral. Macolas work is heavily influenced by African music, rituals and folklore and he is a great admirer of the impressionist movement. He is fascinated by the healing power of art and the interplay between art and politics.