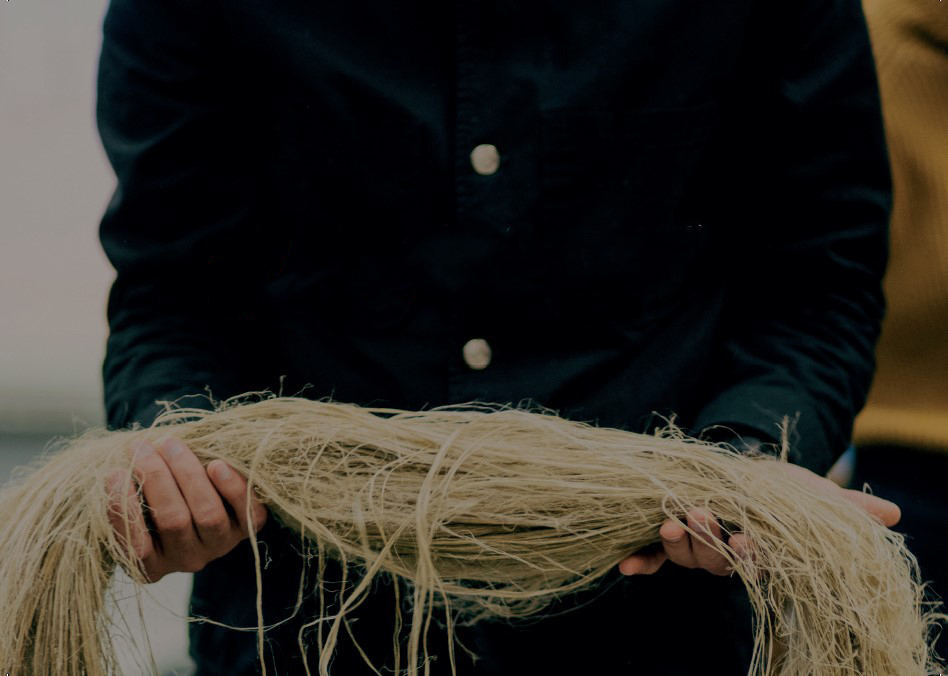 The Linen Lab exhibition documents the creative interactions between the artists and the young participants and presents new work developed during the project. Each artist’s distinct thematic and aesthetic concerns have emerged and developed to produce an exhibition that reveals the versatility of linen as a material, and reminds us of the significance of linen in our families, homes and industrial past.
The story of linen and Banbridge are intertwined, as it was once one of the main linen producing towns in Northern Ireland. At the height of the linen industry, there were some twenty mills associated with different processes in the production of linen dotted along the Bann Valley from Katesbridge to Gilford. Banbridge is the only town in Ireland that still produces Irish double-damask linen, under the auspices of Thomas Ferguson Irish Linen, which was established in 1854. Today, with a new focus on sustainability and biodegradable materials, linen and flax are once again in the spotlight and are being celebrated through the work of Linen Biennale NI.

The Linen Lab exhibition is a celebration of the many creative collaborations that took place over the course of the project. This would not have been possible without the enthusiasm and curiosity of the young people, artists and teachers who engaged in the project and the kind support our partners: Thomas Ferguson Irish Linen, Banbridge and McConville’s Flax Mill, Dromore and the Arts Council of Northern Ireland.

Project Lead Louise Rice said ‘Collaboration and engagement is at the heart of the Linen Lab project. We are all delighted to have had the opportunity establish such positive working relationships and look forward to developing and widening further connections with the community in the future’.