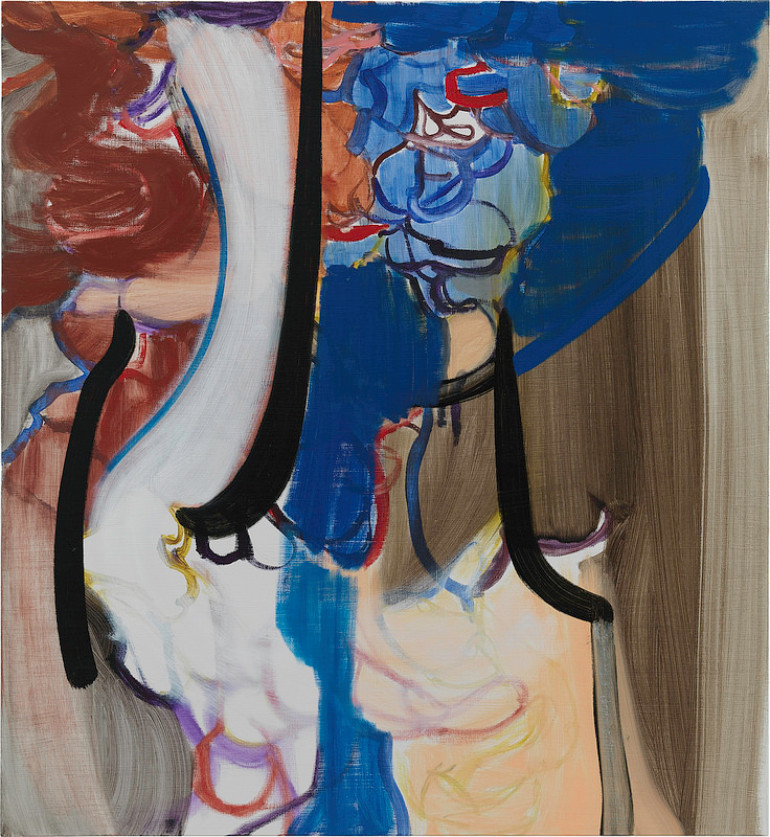 Throughout her career, Liliane Tomasko’s subject matter has been rooted in the domestic sphere. Via painting, sculpture and photography, she explores the materiality of various household fabrics – dresses, curtains, sheets and mattresses – inviting us to consider how they hang, twist and drape. On a deeper level, her work also peels away at the layered emotional and psychological associations of these intimate objects. Human presence is never too far away.

Tomasko’s melancholic painting has become increasingly abstract as her career has progressed. At first still and subdued, her work has gradually amplified its subjects, zooming in to the point where perception is stalled. Her works created 2008–2013 are characterised by soft-focus gatherings of ghostly forms, subjects painted from ‘inside out’. The works in Sense are both an acceleration of this idea and an important new departure from it. The sombre glow of her previous work has given way to a new muscularity and assertiveness. As critic Sue Hubbard points out, ‘these paintings illustrate a journey from harmony to dissonance, from silence to noise, from stillness to complexity’.

In this new, fluid abstraction, Tomasko allows us to get closer to the very essence of the material objects depicted: immersing us in the atoms of their fibres to reveal their ‘deeper reality and metaphorical resonance’.

A fully illustrated publication, featuring an essay by Sue Hubbard, will accompany the exhibition.