Liam O’Callaghan: If and then… 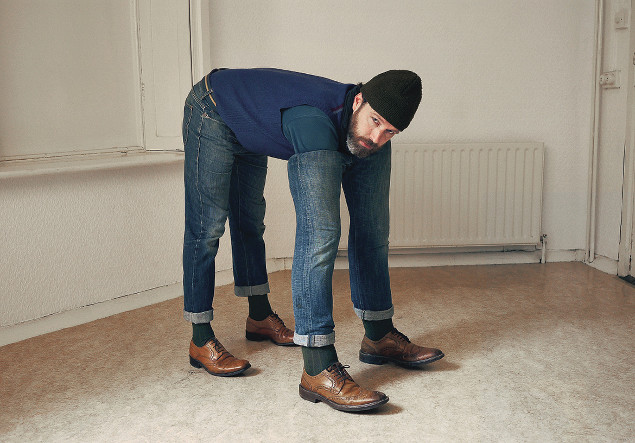 The Butler Gallery is delighted to present if and then…, a multi-media exhibition by Dublin based artist Liam O’Callaghan.

O’Callaghan is one of Ireland’s most interesting younger artists at work today. His art expresses a willingness to engage with the absurdity of life and encourages us to look anew at ourselves and the world in which we live. He sees the value in the everyday and explores this through sculpture, photography, video and sound works thatoftenexpose the methods or mechanics of their own construction. His practice allows time and space for inventiveness, experimentation and play, a process with a makeshift, make-do aesthetic lead by the necessity that each new work presents.

O’Callaghan’s body of work is smart and irreverent, transforming the ordinary into the extraordinary. An inherent sense of whimsy and an innate curiosity permeates with a good dollop of formalism and knowing inventiveness always at play. Here, beside you in this room is a work made up of long narrow strips of wood taped together and moulded and bent to inhabit one of the galleries. This low-tech, roughly hewn minimalist type sculpture is a good example of O’Callaghan’s physical pleasure of making and inhabiting space.

There is a poetic and performative thrust to many of the works on view. Like the early documented performances of the American artist Charles Ray (Plank Piece I-II, 1973) who addressed sculpture as an activity rather than an object, O’Callaghan documents the use of his own body as a sculptural component that is at once humourous and unsettling. In the photographs entitled ordinary man series – the rise and fall of a man kind(a), we see the ingenuity of his practice robustly articulated. Attaching himself to a pair of prosthetic legs clad in identical denim and brogues to his own, O’Callaghan contorts himself into a four-legged unit providing multiple possibilities for articulation of his evolution. This eccentric persona also comes to life on screen in a frenetic dance in an anonymous white room. Object, sound and performance collide in another video work where a metal chair is spun on one of its legs and digitally mastered for repeated spinning into exhilarating choreography.

Through the various inventive media he employs, Liam O’Callaghan invites you to engage and ask questions, look beyond and behind the artifice of art making, and believe in life.