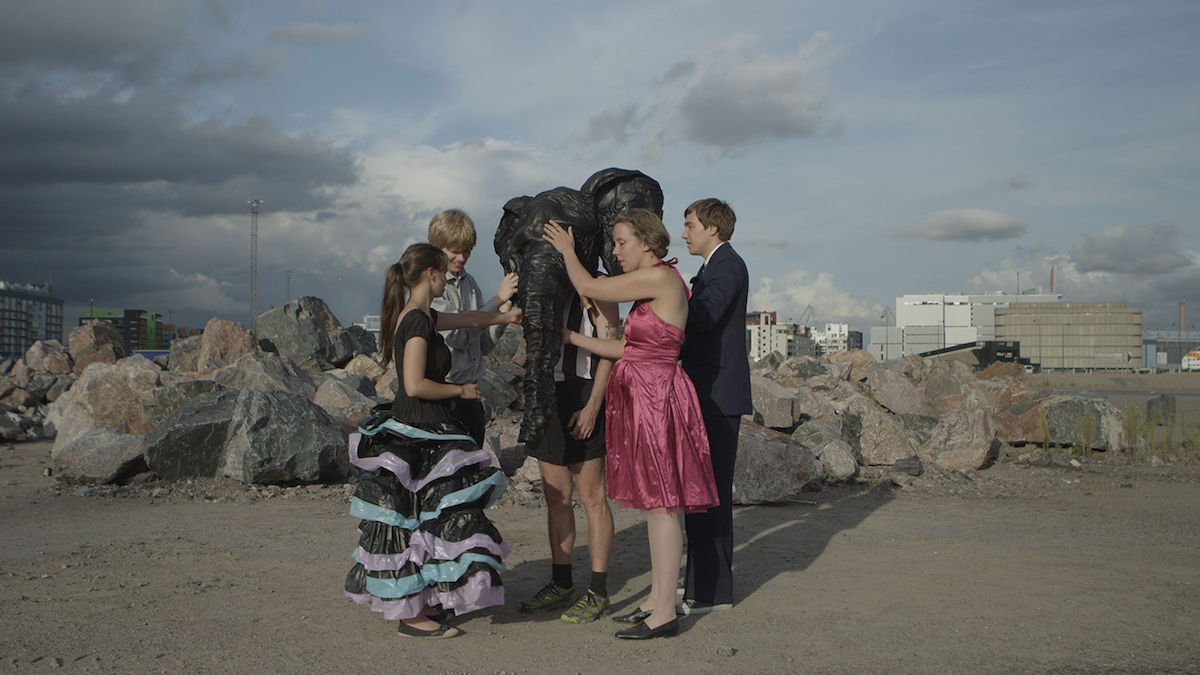 Lavish and Judicious is a group exhibition including video, painting, sound installation and textile works. It takes as its starting point Sion Mills, a ‘model village’ and linen mill, located 20 miles south of Derry. Established by the Herdman family in 1835, Sion Mills was one of a number of communities built in Britain and Ireland by philanthropic industrialists in the early 19th century that both housed factory workers and their families, and provided amenities for their comfort and moral advancement. The title refers to Samuel and Anna Hall’s travelogue from 1845 – Ireland: Its Scenery, Character, etc. – in which the Halls praise the efforts of the Herdmans for the interest they take in the educational progress of their workpeople, and the way they “distribut(e) motives to improvement, lavishly and judiciously.”

Lavish and Judicious considers this mix of planning, social engineering, capitalism and utopianism through a new commission by Aideen Doran and works from Jaana Kokko, Jennifer Trouton and Caroline Achaintre. Works in the exhibition elaborate on ideas of landscape, urban planning and colonialism; gendered histories of work and turning points in material production.

Lavish and Judicious takes place alongside the Linen Biennale, 2018.

The opening of Lavish and Judicious also sees the launch of our new series of CCA Editions, with Colin Darke’s work on linen, Beauty is in the Streets, screen-printed by hand in an edition of 100.

In responding to the notion of the model village at Sion Mills, Colin Darke has based this work on another nineteenth-century example of socio-political urban planning – the Hausmannisation of Paris during the Second French Empire (1852-1870). This demolition and rebuilding programme was designed to drive workers from the centre of the city and the new wide avenues were intended to limit the ability of revolutionaries to construct barricades. Its second reference is to the May days of Paris in 1968, incorporating elements of a poster made at the Atelier Populaire, in which a woman hurls a cobblestone from a city street.

This exhibition and associated events are made possible through the generous support of the Arts Council of Northern Ireland and with the further support of Derry City and Strabane District Council.