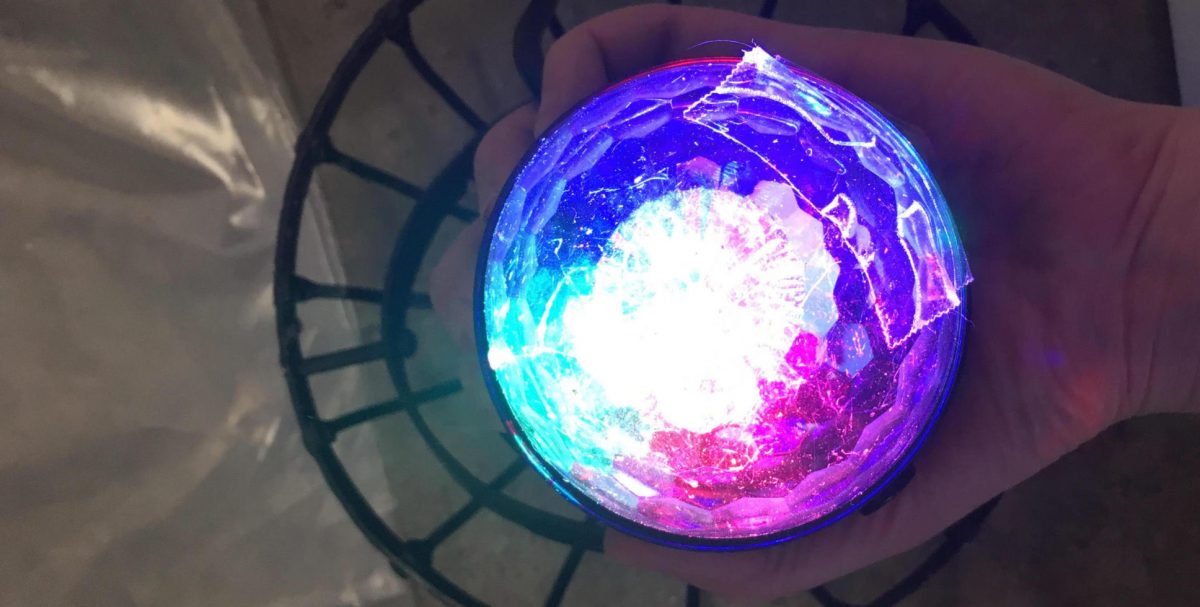 CCA is pleased to invite you to the opening of present cOmpany, an exhibition by Lauren Gault that consists of a newly commissioned sculptural installation and offsite works in the recessed spaces outside St. Columb’s Hall in Derry city centre.

present cOmpany includes sculptures that suggest corporeal structures and activities – such as howling, the exposed throat; internal air pressure; the taut stomach – and explore relationships and tensions that exist between objects and their surroundings.

The exhibition considers how materials and language are connected and how moments of ‘in-betweenness’, and the essence of terms like ‘freshness’ and ‘liveness’ can be captured and understood.

Lauren Gault is interested in investigating where an object physically and figuratively ends and another begins. Using evocative materials such as silicone rubber, blown glass, pumped air, stitched suede, bent metal, and agricultural milk powder that have been sculpted through casting, pouring, pressure, tension and release, she has generated moments of movement and stillness where objects can communicate and resonate with, or resist, one another.

Gault will be exhibiting new outdoor works in sequins (with Sarah Rose) for Glasgow International 2018.

This exhibition is made possible through the generous support of the Arts Council of Northern Ireland and Creative Scotland.

CCA would like to thank the Garvan O’Doherty Group and Jameson Whiskey for their support.