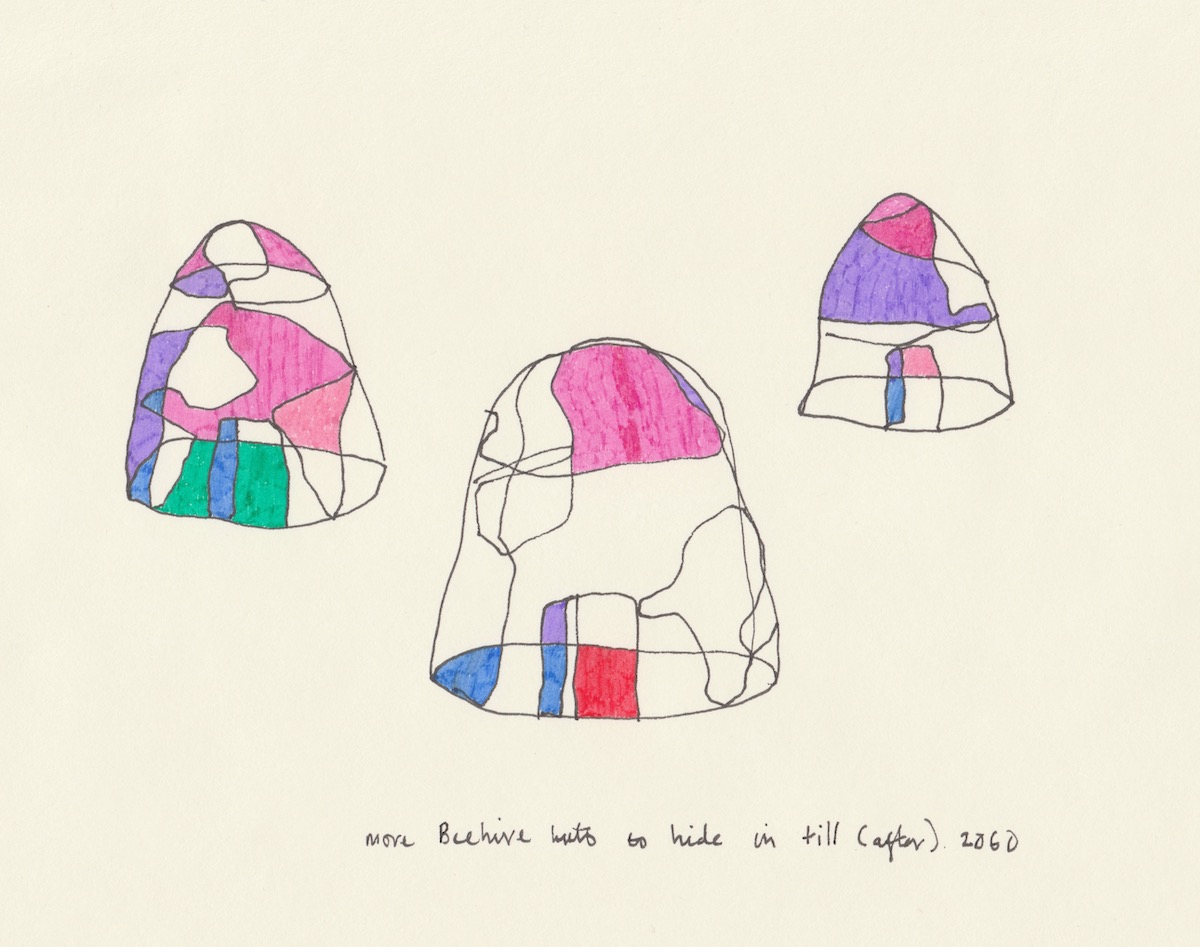 In today’s meditation we will examine ways in which the body and mind go a bit mental when faced with the research, production, realisation and installation of an art exhibition.

Please choose from one of the following options:

10 mins – get the statement written

Sometimes the artist cleans when she is a bit stressed. The clean house is the work – you will need to come here to see it for yourself. There will be no work in the gallery, well there will be some of course but otherwise most of the work is in the action of cleaning – which is in the home. There are enough objects in the world are there not? Down by the river, the artist had washed out crevices between rocks that hadn’t seen a bar of soap for over 430 million years, giving each individual stone a good scrub, worked up a good lather into the grooves. The curator was on the phone – send on the info ASAP. The artist broke out into a bleach-sweat. The gallery is shrinking and expanding, all she ever (and never) wanted.

After cleaning mountain the artist had a panic attack in H&M again (sock related). She was trying to sew but she estimated the cost of the thread and the needle (and all the other bits) was too much and opted to just buy the socks instead. Walking back- wards out of shopping centres, kicking the tires of strangers cars to check their air pressure. Her therapist is in a flotation tank until June. The machine doing her smear said it was walking the Dingle Way in May.

After their phones finally went dead, the business men dusted themselves off and began to walk. After all, business men are tough fuckers. Without GPS, they began to walk towards byroads and it is now thought that some are living in small communities beside bohereens, raising bees and growing spuds; happy out with their Nokia 3310s. They have unsubscribed from Netflix, from Flickfit, Flyfood, Gruber and Snotledge. They are reorganising their time, melting Rolexes into tiny bells, meditating in old ring forts. They are writing romantic text messages in Ogham. It’s taking them ages to get anywhere. They are unemployable, they are late. They are not improving at all. Their accounts are up for auto-renewal, their Gmail boxes are full. They have never been so happy.

The hot monk ran full pelt all the way to the bog. All of the lights were left on in the studio (he sometimes makes art too), in order to exorcise the demons. He started to cut turf. The father is up arms about the bill and says yer man hasn’t a fecking clue how to cut turf. The hot monk has saved up semi-rigid plastic forks and is using them to dig. Every single one of them until they start to break. Dad is reconfiguring his yogurt carton collection – repotting every single carton into over 10,000 seedlings. They are standing proudly in the sitting room – offsetting carbon emissions, he said. He is putting rocket in his tea; coriander in his pipe and smoking it. He has started to actively sort the rubbish, burning the soft plastics in the stove and the harder ones in the field.

The artist has made a small farm in an IKEA storage box and it’s doing really well. She thinks she might become a farmer and is applying for a ton of money – all the grants. The storage box farm is just the right dimensions for all the money. It’s a special area of conservation, area aid applicable, REPS compliant. Natterjack toads are living in it, and having a ball.

Granny is sewing the hole back together. There isn’t any need for new socks. The chives are from Mars. They grow underground really well here but she will start growing her own soon.

Laura Fitzgerald is a visual artist from a small mountain farm in Co. Kerry, working across drawing, painting, text & video. Her work focuses on the rapid changes she and others are experiencing in the modern world. She frames these experiences from the viewpoint of a stone. A stone can be submerged, half-submerged, it can rocket through the air like a scud missile or a meteorite. She is trying to tell stories from these different vantage points, trying to make herself as stone-like as possible. In this sense, she is telling it like it is, as influenced by writers such as Lydia Davis and Donald Bartelme. Laura Fitzgerald’s work is trying to be useful. And while she is worried that making art is – in fact – useless, she seeks solace in the notion it can be so radically useless that it can resist the profit-driven impetus of modern life. In a sense the work is sincerely absurdist in its own endeavours. While looking at ideas relating to the neoliberal turn, she concentrates on using humour as a tool; an antidepressant and a coping strategy to everyday lived experience.

Recent shows and screenings include: Futures, Series 3, Episode 2, at the RHA Gallery, Brief Encounters between Structure & Agency, at the Irish Film Institute and Lucian’s Neighbours, at the Irish Museum of Modern Art, Dublin. Fitzgerald will develop a new film for EVA Platforms Commission 2020 and is in receipt of a bursary award from the Arts Council to support her work in 2019 – 20. She is a recent recipient EMERGENCE Visual Art Award 2019. She is currently in residence at the Firestation Artists’ Studios until late 2020.