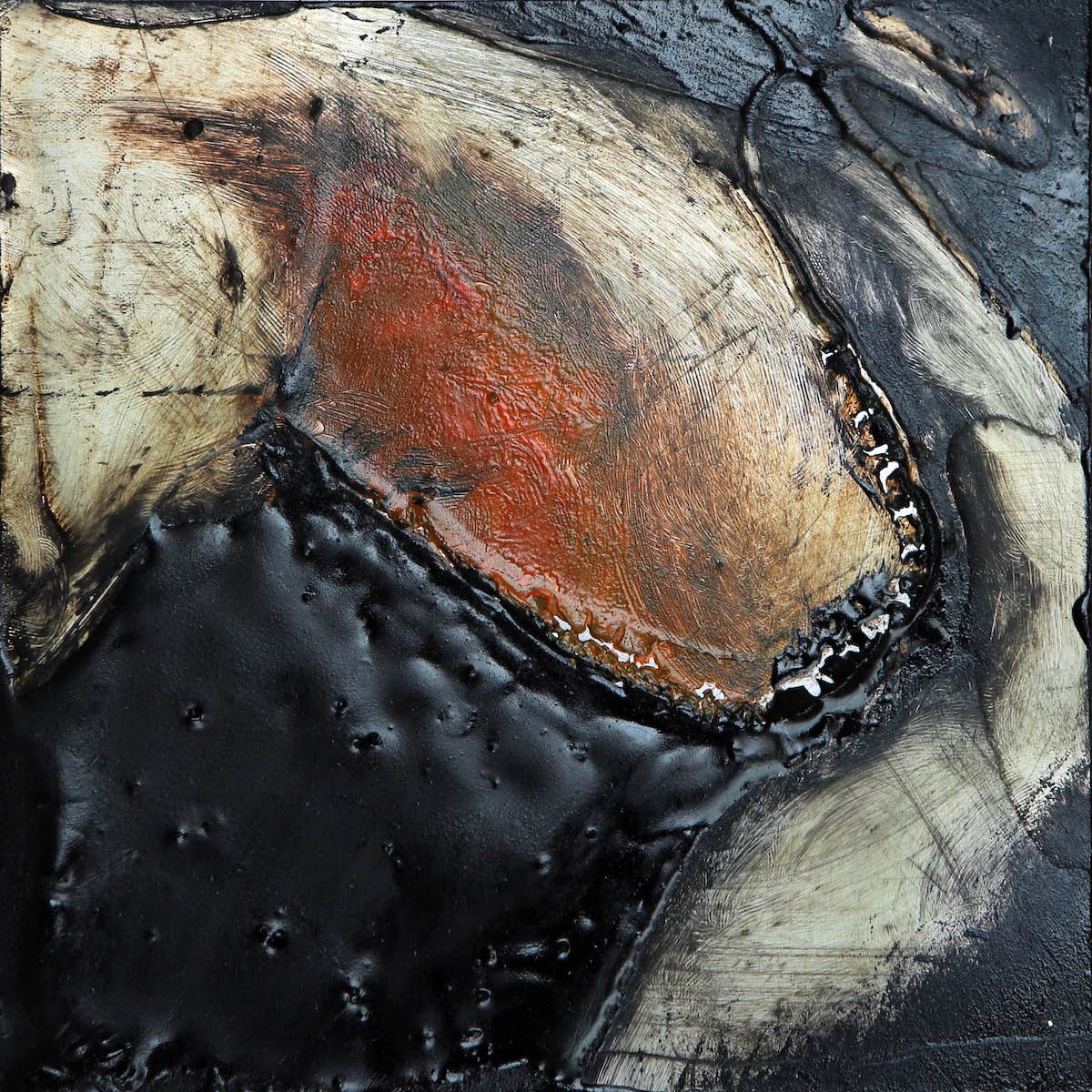 Meath County Council Arts Office is pleased to present Borderline, a solo exhibition by Meath artist and production designer Kieran McNulty. Borderline is a collection of works created over the past two years inspired by the artists hometown of Mornington, Co Meath and the River Boyne.

‘I am interested in the everchanging environment of the river; its human and political histories, its changes in physical and natural structures produced by the cyclical ebb and flow of the tidal estuary of the river and the sea, the metronomic forces heaving and draining over each 24-hour period.’

Concerned with the interaction between human activity and nature, McNulty plays with materials and mark making, balancing deliberate and accidental results. Exploring various surfaces, from aluminium to copper, the artist seeks to mirror the natural properties of water such as movement, reflection, energy and flow.

The resulting collection of works form an intriguing and tactile group of mixed media pieces. Featuring inky blacks with gleaming highlights and dark shadowy dominant shapes in various textural applications, each artwork is reminiscent of murky waters, glistening with hints of sunlight on the surface.