Kennedy Browne: The Myth of the Many in the One 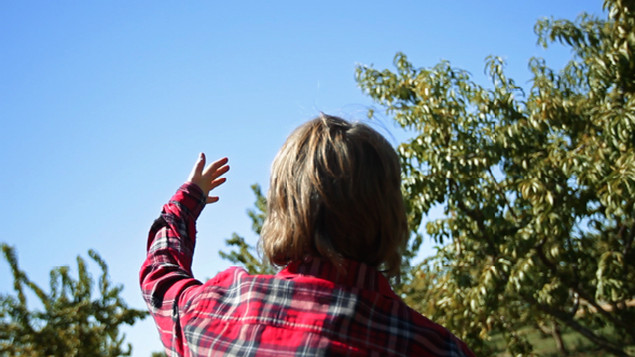 Crawford Art Gallery is delighted to present The Myth of the Many in the One (2012) by artists Kennedy Browne, as part of its ongoing screening series by Irish and international artists.

The Myth of the Many in the One draws on extensive research into the business biographies of visionary tech leaders with a special relationship to Silicon Valley, California: men such as Bob Noyce, Bill Gates and Steve Jobs. Through the depictions of these men, in this niche area of publishing, a persistent narrative of paternal entrepreneurial genius emerges. Kennedy Browne attempts to decode the constructed myths surrounding such messiah figures – at the intersection of capitalism and technology – by returning to stories told of their formative boyhood years, until the age of eleven.

The Myth of the Many in the One is crafted through Kennedy Browne’s distinctive process of redaction; compressing an extensive catalogue of anecdotal and biographical material gleaned from the biographies and crafting it into a single, complex narrative. The two key spaces represented in the film are a green-­‐screen studio set and a pre-­Silicon Valley peach orchard, each evocative in their own way of ‘origin myths’. These locations form a significant mental and emotional backdrop to the central performances in the film by a precocious child actor and a voice-­over artist. The boy in the film is an avatar, an incarnation of the redacted text. He also performs a Biblical recitation for his own ends.

Initiated in 2005, Kennedy Browne is the collaborative practice of Gareth Kennedy (b.1979) and Sarah Browne (b. 1981). Recent solo exhibitions include Wilfried Lentz Gallery, Rotterdam (2013), How Capital Moves, Limerick City Gallery of Art Offsite (2011) and 167 at the Centre Culturel Irlandais, Paris (2010). Group exhibitions include Liquid Assets at the 2013 Steirisher Herbst Festival in Graz, Austria; Upending at Limerick City Gallery of Art, Ireland; AGORA, the 4th Athens Biennale, Athens, Greece; Seeking Silicon Valley, Zero1 Biennial, San Jose, USA; the touring exhibition The United States of Europe (all 2012); L’Exposition Lunatique, Kadist Foundation, Paris, and the Lodz Biennale, Poland (all 2010). In 2009 Kennedy Browne co­‐represented Ireland at the 53rd Venice Biennale along with their solo practices. The Myth of the Many in the One was produced with funding from the Arts Council / An Comhairle Ealaíon and supported by the Kadist Foundation, San Francisco.