Kendell Geers: The Second Coming (Do What Thou Wilt) 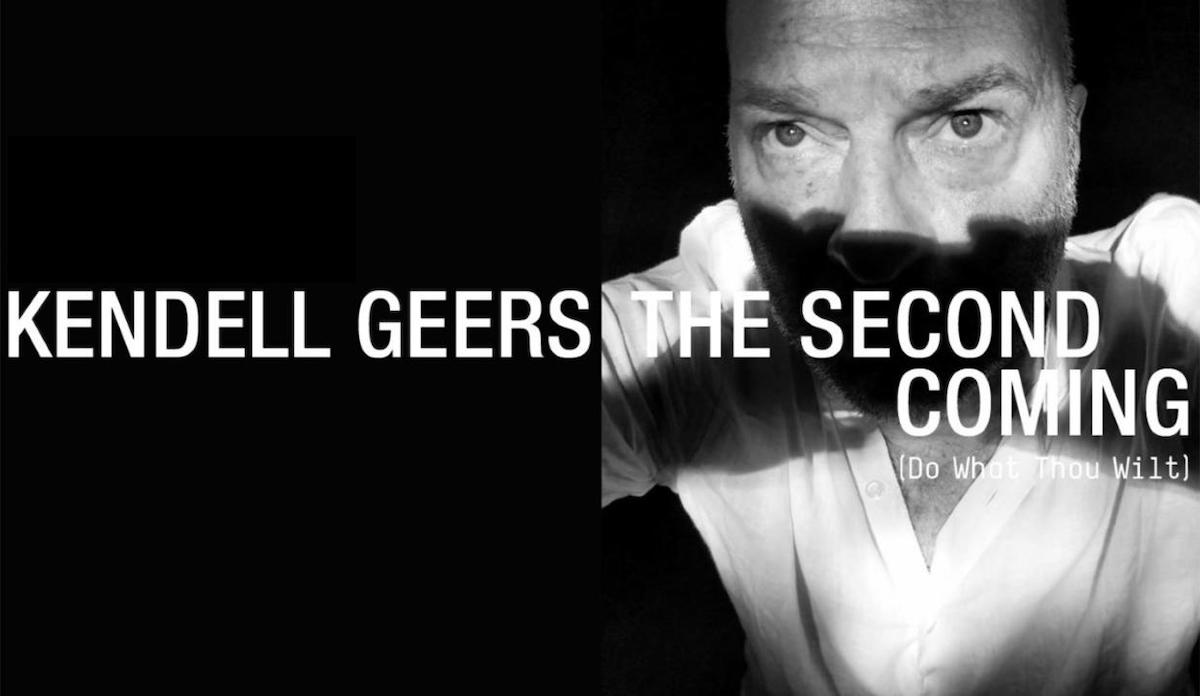 Walkthrough with the artist at 6.30pm, Friday 14 June

“At a séance on Montpelier Hill, artist Kendell Geers heard the voice of Yeats, speaking with the accent of Leo Africanus, instructing him to open the Hell Fire Club once again and enlighten with initiation the curious seekers into the mysteries of art.”

A full three centuries after William Conolly purchased Montpelier Hill, the Hell Fire Club celebrates a second coming in County Dublin. For a few months between the Summer Solstice and Autumn Equinox, from a week before Litha to a week after Lughnasadh, the temple is open anew to the public within the galleries at Rua Red in Tallaght. Although, the Hell Fire Club never closed and has continued to run, discreetly and through the underground stream of our imaginations, from urban legend to popular culture, until this very day, now, for the first time since the 18th century the flame burns bright again for all to behold.

You are invited to join us with your eyes wide, or shut, the open call to attend the burning of the mysteries, to be initiated into joining the Orders of the Third Circle, a secret society of famous people who include actors, musicians, entrepreneurs, artists, statesmen, millionaires, gamblers and Casanovas.

The Second Coming is an exhibition that brings together, once more, the poet William Butler Yeats, with his Daemon and anti-self, the Berber son of Muhammad who was born in Granada 1494 as al-Hasan and grew up to become Leo Africanus. They first met at a séance in Cambridge House on 9 May 1912 when Leo spoke with a strong Irish accent, giving Yeats the keys to unlocking the doors of his perception. From that encounter Yeats understood that:

“It is the purely instinctive & cosmic quality in man which seeks completion in its opposite which is sought by the subconscious self in anima mundi to use your own term while it is the conscious mind that makes the Evil Persona in consciously seeking opposite & then emulating it.”

The Second Coming is a Temple of enlightenment in the form of an exhibition, a gallery of Solar consciousness sent through the prism that is the dark side of the moon “Per Amica Silentia Lunae” (Through the friendly silence of the moon). Following Yeats’ strict instructions “It is part of a religious system more or less logically worked out, a system which will I hope interest you as a form of poetry.”

In an age of materialism and artificial acceleration, an age defined by extremes in which things fall apart and anarchy is loosed upon the world, art is our only hope. In an age in which innocence has been drowned and in which the best lack all conviction, while the worst are full of passionate intensity, art is our only enlightenment.

The role of the artist is to make the invisible visible. In the words of Joséphin Péladan “Artist, you are a priest, a king, a mage, for art is a mystery, the only true empire, the great miracle…” To which Rimbaud responded “All forms of love, of suffering, of madness”.

The rules of the temple and Holy Grail are strict and without exception. Only they who look beyond seeing are permitted to enter the Second Coming of the Third Circle of the Hell Fire Club! Only the pure of art may cross the line.

The doors of perception that permit crossing are guarded by the sphinx beneath the sign that warns against curators, consultants, cynics, hypocrites, bigots, the pox-ridden, Goths, Magoths, the straw-chewing law clerks, usurious grinches, old or officious judges, and burners of heretics.

There are no clocks because time is less than space and the liberty is open to both monks and nuns, free men and womyn. Inside the eye of the pyramid a flame burns bright, a licentious brilliance of moral decay. Good is evil when the rough beast, its hour come round at last, slouches towards Bethlehem and with it “Daemon est Deus inversus”(“The Devil is God inverted”.)

There is only one simple law inside the Temple of the Second Coming.

The Second Coming (Do What Thou Wilt) by Kendell Geers marks the fifth collaboration between a/political and Rua Red from their two-year partnership.

Kendell Geers is an artist of our times who understands better than anyone else the contradictions of an age defined by extremes. Born into a working-class Afrikaans family at the height of Apartheid, he ran away from home at the tender age of 15 to join the ranks of Nelson Mandela’s liberation movement. Five years later he fled South Africa as a refugee, eventually settling in New York, where he worked as an assistant to Richard Prince. Following Mandela’s unconditional release, Geers returned to South Africa in 1990 to rebuild the new democracy, working as a journalist and curator as well as developing his unique Post-Political Conceptual language as an artist. Describing himself as an AniMystikAKtivist, Kendell Geers is the quintessential bridge between the European and African traditions of art, an animist at the same time an alchemist and mystic who believes in the power of art to address the global crisis of climate change. In his hands, the ancient tradition of art flows into the materialisation of spirit with the spiritualisation of matter. In an age of chaos and acceleration, an age marked by political instability, economic uncertainty and cultural confusion, Geers is a beacon of hope, an enlightened consciousness who believes that art changes the world – one perception at a time.

a/political collaborates directly with artists on the realisation of ambitious projects, initiating, producing and touring the projects world-wide. The organisation provides a neutral space, where artists are encouraged to interrogate social and political concerns. With offices based in London, a/political opened The Foundry as an experimental space outside the controls of the contemporary art market. Located in the industrial of town of Maubourguet, west of Toulouse, The Foundry is situated 50 kilometres from the Pyrenees mountain range. The Foundry covers an area of over 3,500 square meters. Founded in 1870 by Jules Fabre, the iron foundry mobilised during the First World War to produce armaments and military equipment for the National Defence. After the war, the secluded area became a centre for Communists. Emigrating from the Fascist regimes of Franco and Mussolini, an international immigrant community developed who worked together under a shared identity and ideology. Recently converted into a site of production, artists are invited to use the local factories to produce new work. A localised economy is growing, as artists trade art in exchange for commodities. In addition to the realisationof large-scale projects, a/political continues to acquire work for the collection.