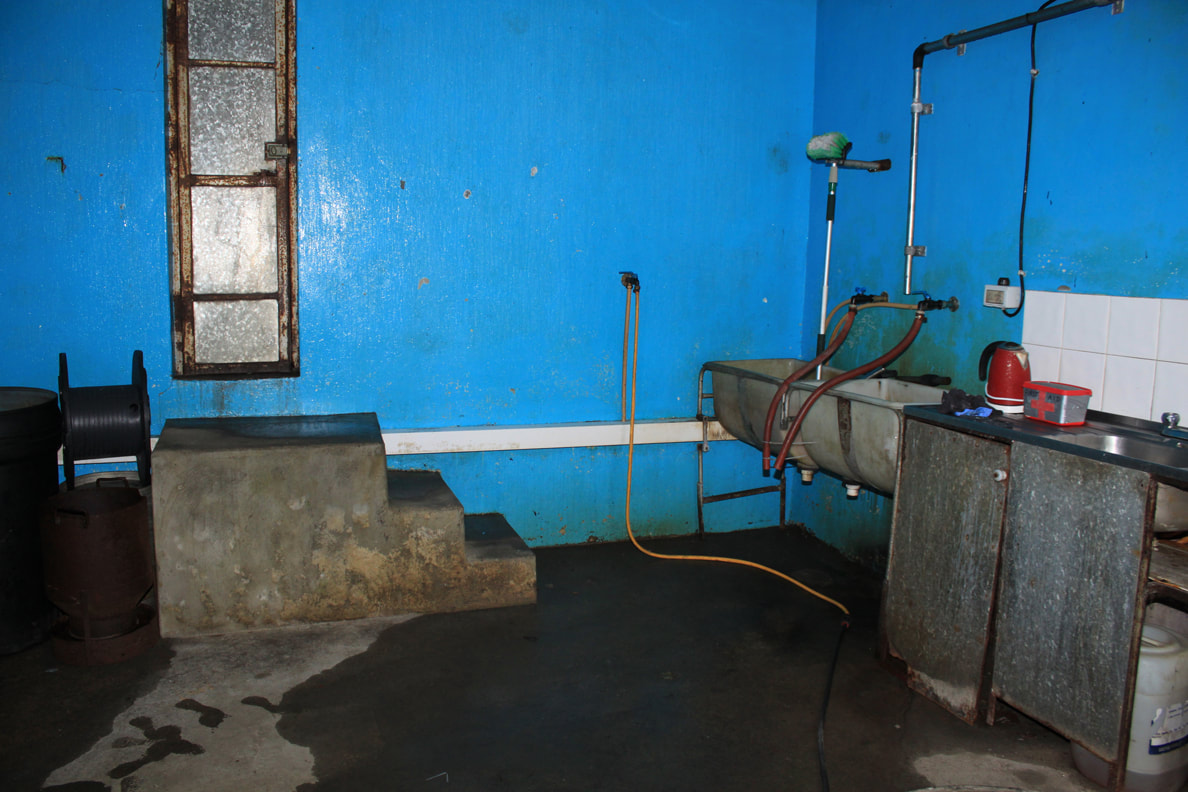 Wexford County Council and Wexford Arts Centre are pleased to present A Calf Remembered, a new exhibition of work by Katie Watchorn, winner of the Emerging Visual Artist Award 2016. The exhibition will run from 27th January to 24th February at Wexford Arts Centre.
​
The Emerging Visual Artist Award is a joint initiative between the Arts Council, Wexford County Council and Wexford Arts Centre which acknowledges and supports the development of committed visual artists in Ireland, providing funding to produce and exhibit a body of work.

Faintly she had the smell which once preceded – for all of us – the first smell of air. Hubert rubbed the calf down as if he were a second in a ring. His happiness was without excitement; it was a drawn-out pleasurable response to something occasional but familiar; a response to an event which gave itself to the stillness which now followed it, like the last note of a fanfare still hanging in silence, the trumpeter’s arm still raised. His happiness took the form of a small drawn-out feeling of pride which lasted all day’. (Pig Earth, John Berger)

​Katie Watchorn’s practice is rooted in the materiality of rural farming, highlighting the processes of contemporary and ancestral Irish life and traditions which are often understated and overlooked. Frequently looking inward at the acreage of her father’s dairy farm, Watchorn is interested in the presence of livestock and softer somatic substances in a contrastingly harsh farmyard setting. A Calf Remembered references yearly farming fluctuations, home remedies for cattle, and the physical vehicle of the dairy cow; her cyclical life and ‘the hot brewery of gland cud and udder’. (Churning Day, Seamus Heaney)

Through working with materials derived directly from the farmyard, agri-specific shops, creameries and the animals themselves, Watchorn deliberately creates an atmosphere of entering onto private land or place – where the farmer appears to have just departed, giving the viewer unspoken and perhaps congenial access to their homestead.

In Watchorn’s chosen materials, a dialogue surrounding the ideas of permanence and decay exists. The apparent durability of materials such as metal and concrete distinctly contrast to those which are fleeting and subject to decomposition. Through this juxtapositioning, Watchorn reflects a tenuous period in current small farming practice through the fact that these are not lasting objects, rather, they will be re-absorbed back into the farm for further use. Although capturing a world constantly in flux, Watchorn’s process of extracting and re-appropriating the utilitarian, agrarian materials found on her father’s farm also speaks to the enduring nature of this industry. Through A Calf Remembered she creates a lineage of materiality bound within memory, history and adaptation as artefacts pass from one generation, use, or state to the next.

Colour in the artist’s work is used to reference agricultural practices, processes and the farmyard itself with instances of coloured concrete aggregate, green woven galebreaker, and red iron oxide permeating the works alongside the mammalian substance of rendered beef fat. Through their use, Watchorn suggests that we have stepped inside not only the dwelling place of a farmer but that of the cow also.

Raised on a dairy farm in rural Co. Carlow, Katie Watchorn received a BA (Hons) in Fine Art Painting from the National College of Art and Design in 2014. In recent years, Watchorn has exhibited in VISUAL, Carlow; TULCA Festival of Visual Arts, Galway; Foundation 14, Offaly; and NCAD Gallery, Dublin. She won the George Berkeley Gold Medal for Visual Arts at the 2014 Undergraduate Awards, a 2015 Artlinks Bursary Award from Carlow County Council, and the HOTRON Recent Graduate Award 2016 selected by Annie Fletcher. Katie has recently been a recipient of a Next Generation Arts Council Award to produce new work in 2017/2018.