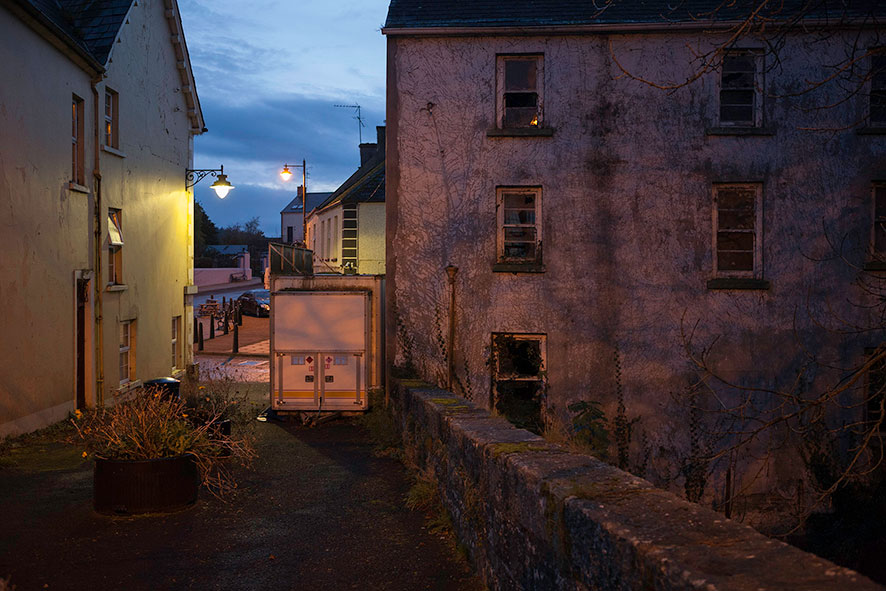 New perspectives on the border in Ireland

Join us on Thursday 14 September • 5pm: Artist Kate Nolan ‘In Conversation’ with Stephanie McBride • 6pm: Official launch of the exhibition

LACUNA is a new photographic and audio / visual installation evoking contemporary experiences in the border village of Pettigo, County Donegal. Flowing through the centre of the village the River Termon marks the physical border between County Donegal in the Republic of Ireland and County Fermanagh, in Northern Ireland.

Three bridges span the river – and at places where it narrows, often, without realising, you can step across into another country. LACUNA responds to the idea of the border as a ‘landless’ land or a cavity in understanding. Drawn to “in-between” places, artist Kate Nolan collaborated with the young people of Pettigo to explore the notion of the border as a place in flux. The exhibition weaves together still and moving images, recorded stories and a commissioned score by Gavin O’Brien to evoke the tangible and intangible, natural and constructed nature of the border. The diffusion of the physical border in recent years means that for young people there has been minimal impact on physical movement.

The prospect of the introduction of an international border between the EU and the UK with Brexit gives rise to new uncertainties about the future. Kate Nolan’s LACUNA project was supported by the Arts Council Visual Arts Bursary and made possible by the support of the people of Pettigo.

A cross border touring exhibition organised by Gallery of Photography Ireland in partnership with Belfast Exposed Gallery, Regional Cultural Centre and Remote Photo Festival Donegal. Supported by the Department of Culture, Heritage and the Gaeltacht.

Gavin O’Brien has been composing music for film since 2005. He got his start with Stars, an experimental short animation starring Domhnall Gleason and Ruth Negga which won Best Animated Short at the Galway Film Fleadh. Since then he has worked with such such up-and-coming award-winning Irish directors as Mark Noonan (Getting Air) and Lorcan Finnegan (Foxes, Without Name).