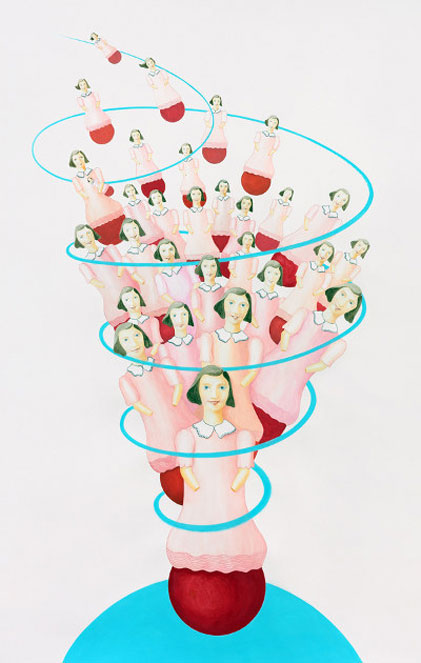 Brunnermeier has thoughtfully developed characters in which she plays out spiritual, psychic and physical dramas of the human condition in multilayered explorations spanning everyday life, family, childhood and the search for identity. Examining societal roles and the dynamics of relationships with a critical, but humorous eye, her imagery is infused with a curious visual poetry where waking and dream states are blurred.