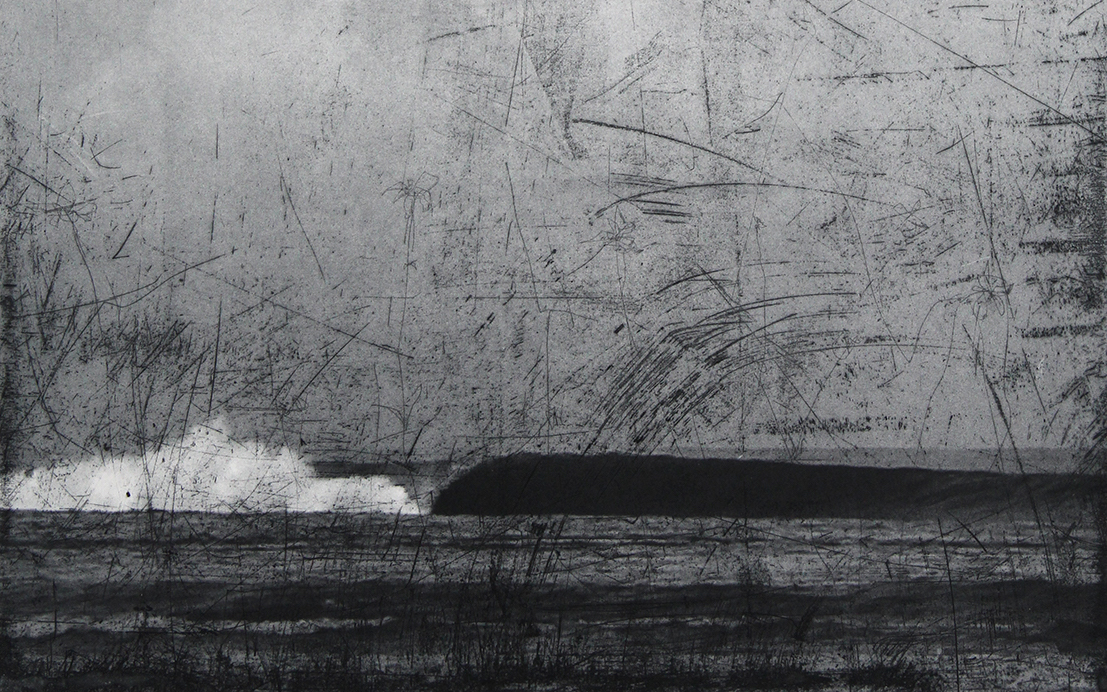 In association with Cork Harbour Festival 2019

Johnny Bugler is a multi-disciplinary artist from Cork. His work has been exhibited widely both nationally and internationally. Locally, he is best known for his public art commission Singer’s Corner on Grand Parade. In the exhibition blue notes the artist responds to a common theme in his artwork; that of the sea. “I am interested in the folklore that surrounds the sea and ocean travel; the symbolism of its ever changing surface and the mystery of what lies beneath.”

Johnny Bugler studied at CIT Crawford College of Art & Design, Cork and received a masters in fine-art printmaking from Camberwell College of Art in London. He has exhibited internationally and is the recipient of Arts Council awards in travel and training and for further study. In 2015 he won the commission launched by Cork City Council Arts Office that resulted in the public artwork Singers Corner. In 2018, Bombers and Birdsong, an installation in Elizabeth Fort Cork as part of Backwater Artist’s ‘elsewhere’ was highly commended in the publication Critical Bastards and on papervisualart.com. His work has recently been acquired by the National Gallery of Ireland for its permanent collection.