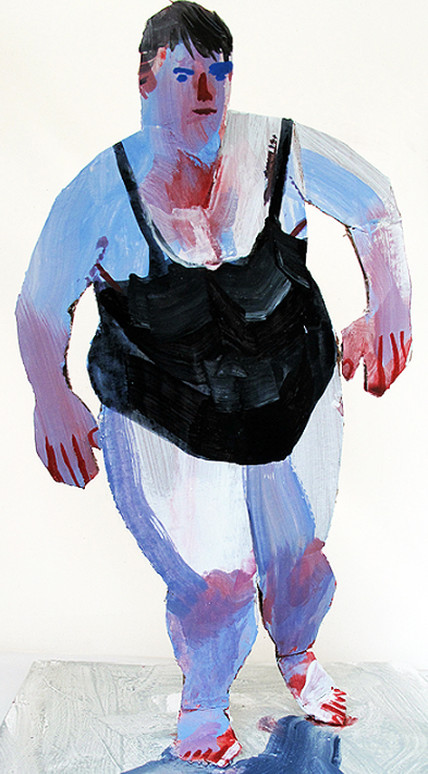 From Friday 19th March to Saturday 18 April Solomon Fine Art is delighted to host a solo exhibition of new works by the Dublin-based Scottish artist JOHN SHORT. The Solomon has been successfully exhibiting Short’s lively and clearly observed paintings for a number of years but this is his first, and highly anticipated, solo exhibition with the gallery.

Short received a BA degree at the Edinburgh School of Art and an MA from the prestigious Royal College of Art in London and began his career as an illustrator where his work was in much demand from many diverse publications including Vogue, Harpers & Queen, The Irish Times, The Sunday Independent, The Guardian and The Sunday Times. Now based in Dalkey in south County Dublin, he divides his time solely between his teaching (John is a senior lecturer in Drawing & Image Making in the School of Art & Design in DIT) and his own painting. He is inspired by people, their activities and the way they behave – “It is fascinating’, he says, “to just sit and watch people, or, in fact, to watch people watching other people, and it’s that kind of observation that I bring to my painting”.

This one-man exhibition will include his now iconic large-scale watercolours of the landmark Forty Foot bathing spot near James Joyce’s Martello Tower in Sandycove, as well as numerous paintings from his travels to Australia, China and Morocco. He has chosen to also present numerous pages from his wonderful travel sketchbooks and a series of quirky 3D sculptures in cardboard. As an artist who enjoys experimenting and exploring with non-traditional methods of image making, John Short’s paintings embrace the contemporary while showing great respect for traditional drawing skills. Essentially he works in watercolour, but likes to explore many different effects with other materials such as acrylic ink, salt (for texture) and photo transfer. He enjoys creating a tension between the sharp areas of focus, the realistic and semi-photographic image and the fluid, more intuitive and less defined areas. John contributes to the feeling of spontaneity and immediacy by carefully considering his composition and often taking an unusual or unexpected view of his subject.

Short’s distinctively joyous and highly original watercolours, mixed media paintings and three dimensional sculptures have earned him multiple Irish & international awards, including the prestigious 2012 Artist Prize at the Royal Watercolour Society in London and the Arnott’s National Portrait Award here in Ireland. His work can be found in numerous public and private collections such as the Department of Foreign Affairs, Bank of Ireland, the Shelbourne Hotel and Berger Paints. Most recently he completed a specially commissioned suite of prints for the King’s Inn Law Library in Dublin.