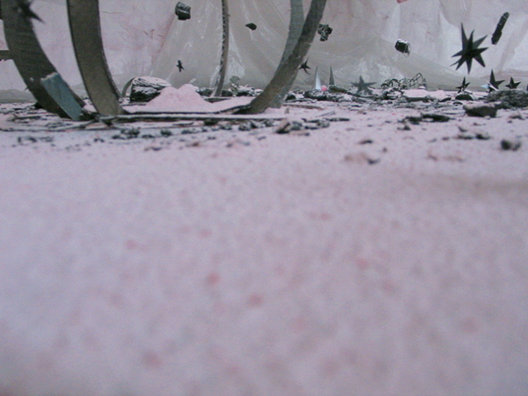 All of the above are words that have been used to describe this film by John O’Connell in which ordinary and unfamiliar objects, together with a gorgeous piano soundtrack, combine to create a convincing, dream-like world.

John O’Connell is a sculptor who works in film, photography, drawing, assemblage and installation. John holds an MA from the Royal College of Art, London and a BA from the National College of Art and Design, Dublin. His recent projects include: The Visitor, Riverbank Arts Centre, Newbridge (2010); Material Worlds-Contemporary sculpture from Ireland and the UK, F.E. McWilliam Gallery, Northern Ireland (2010); Clear Skies Above, SIM House, Reykjavík, (2010); Nothing Matters When Your Dancing, Stiftung Starke, Berlin (2009); Futures 09, Royal Hibernian Academy, Dublin (2009); and The Heart is a Lonely Hunter, Berlin (2009). He is the 2010 recipient of the Arts Council’s Location One Fellowship in New York City.