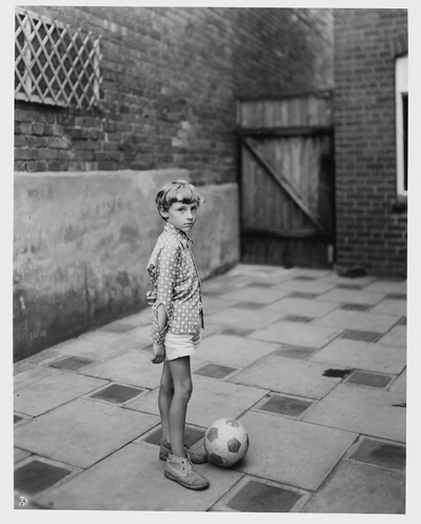 John Myers will give a public Talk about his work on Thursday 20 February at 5pm. All welcome, admission is free. As seating is limited, advance booking is advised. The talk will be followed by the Private View and reception for Gallery of Photography Members.

The seventies – in glorious black and white. John Myers’ delightful exhibition captures with disarming tenderness the texture of ordinary life in the seventies – ‘the decade that style forgot’. Candlewick bedspreads; mantelpiece arrangements; leggy house-plants on TV cabinets; bedrooms adorned with Donny Osmond posters… through Myers’ lens, the ordinary and the everyday are given stature. And paradoxically they become very special indeed.

This comprehensively-titled exhibition delivers a blast of nostalgia for the over-forties, and a shot of cool irony for younger stylistas. Above all, it invites viewers to look again at the overlooked and to celebrate photography’s ability to democratically record the world around us.

Recalling the work of the American movement known as the New Topographics as well as that of masters such as August Sander, the Bechers and Diane Arbus, Myers deadpan documentary approach is also an eloquent rebuttal to the orthodoxies of photography – to the prescription that skies must be ‘interesting’, or moments ‘decisive’. Myers’ formally-considered, exquisitely-composed images were all made between 1972 and 1979, within walking distance of his home in Stourbridge, near Birmingham. At first known only to the cognoscenti, Myers’ work has received critical recognition and public acclaim following its first major exhibition at Birmingham’s Ikon Gallery in 2012. Since then, its place in photo history has been safeguarded with the creation of the John Myers Archive by the Library of Birmingham, and its inclusion in the new edition of The Photo Book (Phaidon).

Artist’s Talk: John Myers will give a public talk about his work on Thurs 20th February at 5pm. Admission is free, but as seating is limited, early booking is advised.

Signed copies of Middle England which features all the images in the show with texts by Paul Lewis, Eugenie Shinkle and Ian Jeffery are available in the Bookshop at €20.

The exhibition has been brought to Ireland with the kind collaboration of the Library of Birmingham and Ikon Gallery.