John Beattie: A Line of Inquiry 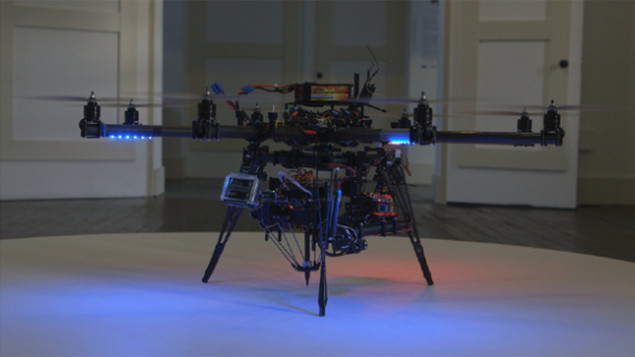 In 1798, amid fears of a French invasion, there were rumours that a French fleet was on its way to Lough Swilly, Co.Donegal. Lord Cavan visited Dunree and fired a canon ball across the mouth of Lough Swilly as a measurement to test the defences. The shot hit Knockalla on the far side of the bay; as a result of this, he decided Dunree was suitable site as a fort, and this measurement resulted in Fort Dunree being built.

In response to this site as an abandoned military base, its history, and how it now functions as a place of cultural heritage, with its military museum & art gallery, John Beattie takes the role of artist as military operations manager, with his crew, and equipment (weapons). The Artist orchestrated an operation with his crew and aviation pilot, to fly a drone from the hilltop bunkers of Fort Dunree, through the abandoned military base, into the adjacent art gallery space, to land the drone onto a helipad, located inside the art gallery. Once the drone landed in the art gallery, it was programmed to execute a message (drawing) onto the helipad, using a scripted code, wireless computer software, and a customised device attached to the drone to draw a message. The results left on-sight for the viewer on entering the gallery.

This intervention, reflecting Lord Cavan’s intentions, responds directly to the political/historical landscape of the site, while also the potential to reference recent events been deployed and debated: “There will be no boots on the ground” – President Obama.